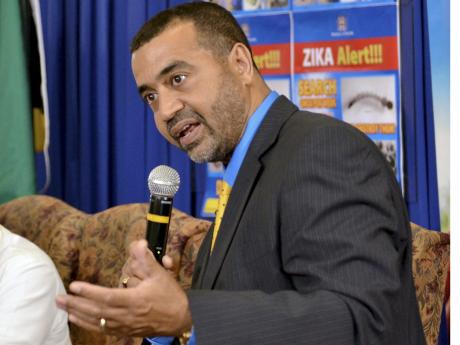 The health ministry is continuing to urge women to delay pregnancy until further notice in light of the threat that Zika virus (ZIKV) poses to newborn babies.

The National Family Planning Board says it has not seen an increase in the number of women seeking contraceptives despite the warnings that have been issued.

READ: No rush for contraceptives despite increased supplies in light of Zika threat - Family Planning Board

However, Chief Medical Officer, Dr Winston De La Haye says the ministry's advice to delay pregnancy for the next six to 12 months remains the same.

He says in addition to delaying pregnancy people who have been diagnosed with ZIKV should not have unprotected sex.

However, at least one medical doctor is cautioning the health ministry to be sensitive to the needs of women as it executes its ZIKV awareness campaigns.

Obstetrician and Gynaecologist, Dr Michael Abrahams, says women should be warned about the risks associated with ZIKV, but should be allowed to make their own decision about having children within the next six to twelve months.

Abrahams says women who want to have children but have contracted Zika should wait until at least eight weeks before getting pregnant.

However, he says these women shouldn't be told to delay pregnancy especially since ZIKV isn't an epidemic in Jamaica.