Paulette Tulloch – ‘Tings tun up till it buck!’ 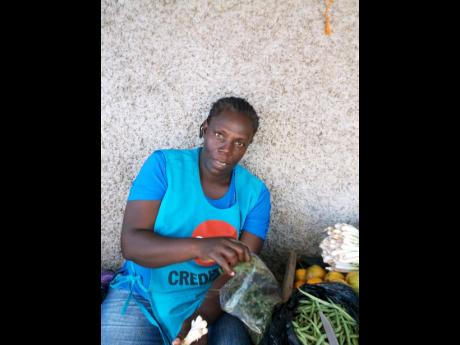 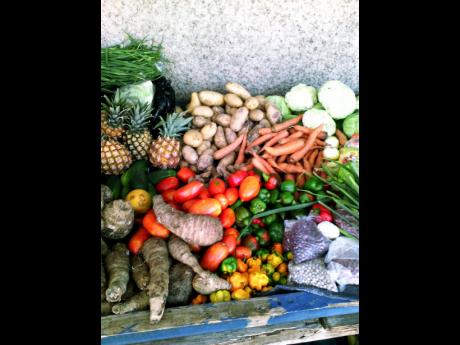 Cecelia Campbell-Livingston
PHOTOS BY CECELIA CAMPBELL-LIVINGSTON Some of the items sold by Paulette Tulloch.
1
2

Mother of six Paulette Tulloch is doing everything to keep her head above the waters.

Tulloch, who has been selling in the Old Harbour market "forever" said things used to be a whole lot better in the past.

"These days it seems as if you have more sellers than buyers and it's really, really hard now to make two ends meet," she said.

With four children still in school, she said there are days when she is very discouraged.

"I used to sell in the market mainly on Fridays and Saturdays, but the turnover is so slim now, most Sundays I have to be out here too trying to get that extra," she said.

"Right now things are mostly bad because nothing is going on, things tun up till it buck," she said.

According to her, some weekends she does not even make enough to give her children bus fare to go to school and when it comes on to providing lunch for them, she said she makes sandwiches and juice from home as she cannot afford to give them lunch money.

Tulloch said she has tried on numerous occasions to get on the Programme of Advancement Through Health and Education, a government-run initiative that is aimed at delivering cash grants to the most needy and vulnerable in the society, but without success.

"I grow up in a church and most Sundays I have to be selling to make up the shortfall. I can't tell the last time I have been to church," she said with a sigh.

Tulloch added: "Right now my children's education is a priority so no matter how discouraged I get, I am not going to give in to it, cause I can't afford to lose focus."

A past student of Tacius Golding High School and a resident of Spring Village in St Catherine, she said she never got the chance to finish high school as her parents didn't have the financial resources.

After dropping out of school, Tulloch started to do domestic work before being pregnant with her first child. It was then she turned her attention to selling in the market.

Tulloch said she is determined to ensure her children's fortunes are much better than hers - which is why she is 'toughing' it out and hoping that business in the market will pick up.

There is one thing Tulloch said would help to set her on her feet and that is a house from Food For the Poor.

"I am living in a rented house and most times the bulk of the profit goes in that. If I could get this break then I would be a much better position."