Religion & Culture | St Paul: The only Christian among the apostles 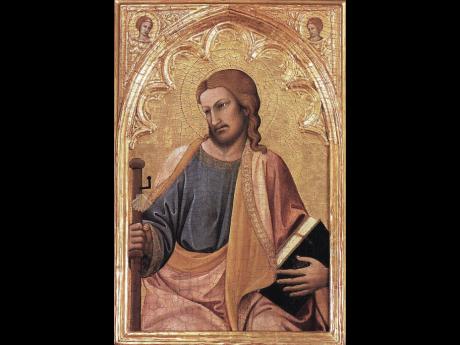 Contributed
An artistic interpretation of the Apostle James by Anotonio Veneziano. 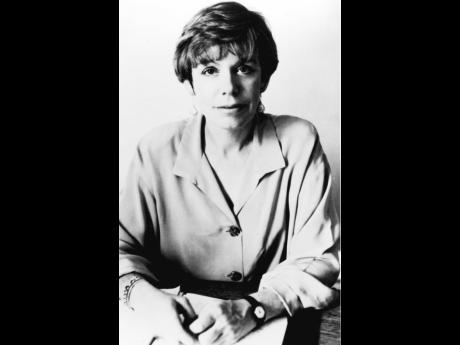 Would Jesus' apostles have refused to celebrate the Lord's Supper with today's Christians?

Would his apostles have shunned Christianity, as we know it? And how would Jesus have reacted to a movement that has deified him?

The likely answers to these questions are explored in Karen Armstrong's seminal exposÈ, 'St Paul: The Apostle we love to hate'.

Armstrong, a British author and renowned commentator on comparative religion, pieces together a string of data from several authoritative sources in biblical history, archaeology and linguistics that include John Dominic Crossan, Richard Horseley, Neil Asher Siberman, and Martin Hengel.

Her work offers a compelling narrative on the early Jesus movement. It is a bold foray into history, geopolitics, imperialism and the sociopolitical dynamics of occupied territories. We get a panoramic look at Paul's evangelical journey in Nabataea (Arabia), Antioch (Syria), and Galatia (Macedonia).

A Paul apologist, she unabashedly exonerates the controversial figure from attacks that range from misogyny, doctrinal subversion, narcissism, and megalomania.

Armstrong offers exculpatory evidence by peering through the lens of Paul and deconstructing his existential experiences.

She is fastidious as she traces his path, even psychoanalysing his rapturous ecstasy on the road to Damascus. She reminds us that dismissive views of Paul are inaccurate, and that of Paul's letters, "only seven are judged by scholars to be authentic".

Of Colossians, Ephesians, 2 Thessalonians, 1 and 2 Timothy, and Titus, known as the Deutero-Pauline letters and written in his name after his death, she pens: "These posthumous epistles attempted to make his radical teachings more acceptable to the Greco-Roman world. It was these later writers who insisted that women be subservient to their husbands, and that slaves must obey their masters."

We are sold, and begin to empathise with this apostle. Paul's notoriety and past excesses are forgiven. His conversion is authentic. He is transformed in word and deed. His layers of arrogance, zealotry and temporal power are stripped away and here he stands in simplicity, even innocence, poised in his new mission as visionary, prophet and minister of the new faith he founded.

Paul's thrust for class and gender equality through kenosis (emptying of oneself to receive the Holy Spirit) is ever present. There was no Jew or Gentile, only a human family in Christ.

Yes, Paul was troubled and even unhinged at times. Flawed and imperfect he was. But never did he swerve from his mission. Such was his passion for justice that in the end he emerged as the only 'Christian' among the apostles.

Immediately after Paul's conversion and advent of his apostolic mission, a theological pitched battle is waged among Jesus' inner circle. When the dust clears, James, Cephas, and Peter, the vanguard of the Jesus movement in Judea appear loathsome, aloof, and cold.

They stridently uphold the law, promoting Kaddosh or the uniqueness of Judaic Thought. They hesitantly accommodate Gentiles. What is interesting is that James and company view circumcision and dietary prescriptions as mandatory to salvation.

We get a palpable feeling that they are obsessed with all things Jewish, but this is hardly surprising. After all, they were ultra-orthodox. Their exclusive practices are chillingly disturbing and raise a number of questions for today's Christians.

We are moved to ask if Jesus' ministry was all that inclusive as we are taught to believe. This is an issue that Christians cannot sweep under the rug. In fact, as word spread of Paul's work among Gentiles in Antioch, the apostles in Judea are irate.

Is Paul marginalising or even dismissing the Law? Is he redefining Jesus' teachings? Armstrong presents a watershed meeting between the Judea group and Paul; a kind of summit aimed at brokering a deal by which the two parties could live.

She recalls Paul's words: "They saw that I had been entrusted to take the gospels to the Gentiles as surely as Peter had been entrusted to take it to the Jews; for the same God who was at work with Peter's mission to the Jews was also at work in mine to the Gentiles," and "nothing further was demanded in the way of circumcision or ritual observance."

But, Armstrong recalls that the Judea group reneges on the agreement, headstrong that Gentiles should submit to all the requirements of Judaic tradition that demanded ritual purity. A breach of Jewish religious tradition was anathema - a red line never to be crossed.

"The conflict," Armstrong notes, "came to a head in Antioch," when Jews withdrew from a table of fellowship with believing Gentiles for fear of disapproval as visitors from James arrived.

"Paul," we learn "was the only Jewish member of the Antioch community to remain sitting at the table with his Gentile brothers and sisters. Even Barnabas, he would bitterly recall later, 'played like the rest'."

Throughout, Paul proves that he is the veritable founder of today's Christianity and its universal message. Not James, Peter, or any other apostle, all of whom upheld the letter and spirit of the Jewish faith. Like Jews today, they were never in the business of evangelising Gentiles.

And again the overriding, persistently provocative question begs for answers: Would Jesus and his apostles have recognised and accepted the Christianity we know? The likely answer could well be found in the Messiah's own words: "I don't know you or where you come from. Away from me ... ." (Luke 13: 17)

- Dr Glenville Ashby is the author of 'Anam Cara: Your Soul Friend' and 'Bridge to Enlightenment and Creativity now' available at Amazon and iTunes. Feedback: glenvilleashby@gmail.com or follow him on Twitter@glenvilleashby