Downtown restoration chief to be appointed 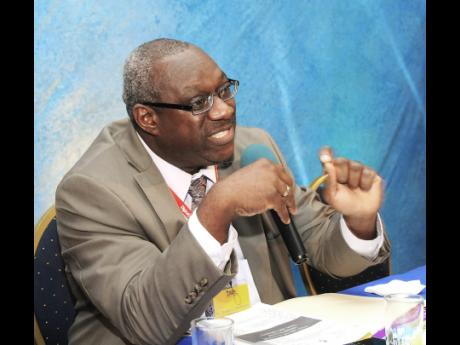 Gladstone Hutchinson, a former economic planner in the public service, is to become the Government's point man for the restoration of downtown Kingston, a centuries-old port city in Jamaica's capital.

Daryl Vaz, the minister without portfolio in the economic growth and job creation ministry, said Hutchinson will begin duties in about 90 days.

That announcement comes amid renewed concerns by stakeholders, including the private sector, that decades of talks and reports have yielded little for the downtown area of the capital that became the commercial centre of Jamaica in the 1700s.

"The drive has to be led by the Government of Jamaica," Vaz told The Gleaner, perhaps in response to calls last week by the Jamaica Manufacturers' Association that downtown needs a saviour.

"There is enough blame if you want to use that word for administrations of the past. It is and has been identified as a priority of this particular Holness administration. There's a renewed excitement, there's a renewed interest, and I believe with the expansion of the urban renewal incentive, the private sector and the Government can collaborate,"

He said Hutchinson will work out of the Planning Institute of Jamaica (PIOJ), where he once served as the director general.

"We are now in the final stages of appointing a consultant through the PIOJ, Mr Gladstone Hutchinson, who is going to coordinate not only the lifestyle, but pull everything together for downtown."

Vaz said it is government policy that the Parliament will soon cease meeting on Duke Street, where it has for more than 50 years, and join two other government ministries located at Heroes Circle.

"The issue of Government Circle and the Parliament building has come back to the fore. We have to mix that with the redevelopment of downtown Kingston. We have to make sure that it synchronises," he said.

In the meantime, the Urban Development Corporation is to submit a revised proposal on downtown's development.