Three killed in one week in Clarendon 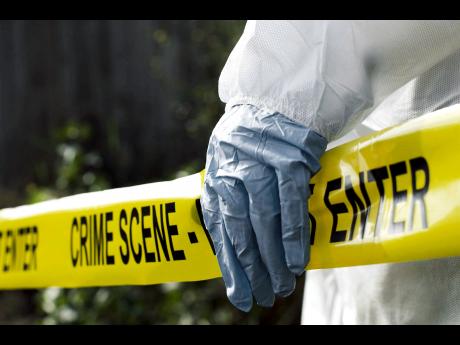 The murders took place in different locations across the parish, bringing to four the number of people killed so far in 2017.

Last year 130 people were killed in the parish, a record for Clarendon.

Fifty-year-old labourer Neville Scott, of Longwood District, was shot on his way home yesterday evening. The incident took place about 7 p.m., some 100 metres from his house.

Residents heard the explosions and found Scott's body face down with wounds to the head and back.

He was assisted to the Lionel Town Hospital where he was pronounced dead.

Also yesterday, a 41-year-old bartender was killed on the job by a gunman.

About 2:30 yesterday afternoon, Lisa Thompson was inside the bar with a patron who was having a drink when a man entered the establishment, walked up to her and shot her twice in the head. He escaped on foot.

The police were called and she was taken to hospital where she was pronounced dead.

No motive has been established for her murder.

And, last Wednesday a dispute between brothers over a memory card turned deadly.

Reports are that 21-year-old Bendilou McKay, a resident of Bucks Common, was involved in an argument with his brother when a firearm was brought into play.

McKay was shot in the head and back. He was pronounced dead at hospital.

The suspect has been on the run since the incident.