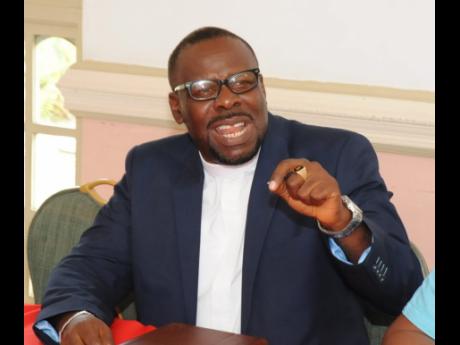 Less than 24 hours after losing their home and belongings to a fire, the 28 affected residents of the Clifton Boys' Home in Darliston, Westmoreland, have been offered a new home, thanks to the generosity of the son of a former superintendent of the home.

The Reverend Hartley Perrin, the custos rotulorum of Westmoreland and chairman of the Clifton Boys' Home board of directors, told The Gleaner yesterday that he was in dialogue with the owner of the Baba Roots energy drink facility, who has offered the use of the property as a shelter for the boys, who are currently housed at the St John's Anglican Church Hall in the parish.

"As we speak, I am at the location with the gentleman, a local person whose father was one of the superintendents of the home, who is offering his facilities to house the boys, which is very generous on his part. But it will be subject to what the Child Development Agency (CDA) says," said Perrin.

The wards, who range in age from six to 18 years, were displaced after fire destroyed their residence some time after 4 p.m. on Sunday. None of the boys was injured, but they lost all of their belongings in the fire.

The CDA is currently providing counselling for the boys and is mobilising to coordinate suitable arrangements for them, while the Office of Disaster Preparedness and Emergency Management (ODPEM) has made a donation of mattresses.

"Persons have been very sympathetic to the situation we are in and have been offering to help, and some have already helped in whatever way they can, so there is still compassion in the hearts of people," said Perrin. "There is a need for food and clothing, and we were able to get bedding from ODPEM in the parish."