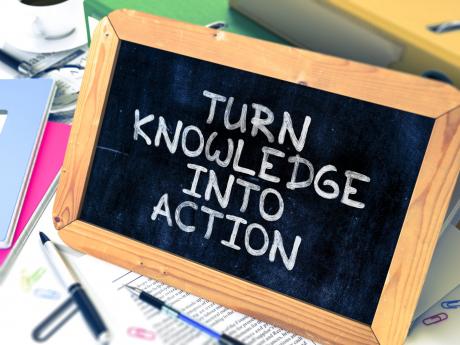 The article 'High-school moms: hardships forcing Clarendon girls into teenage pregnancy' published in The Sunday Gleaner on November 20, 2016, has caught the attention of Deborah N.O.W, a faith-based organisation where Christian women seek to highlight some of the issues and common abuses that affect women.

The group has begun to offer mentorship and intervention to curb the number of teenage girls dropping out of Kellits High School.

Susan Gordon Kinnane, founder and president of the Deborah N.O.W Ministries, said when she read the article, she felt the need to offer assistance.

"My heart was moved by the article published in The Gleaner and so we are here to help the girls and empower them to be productive individuals and let them know they don't have to be a statistic" she said.

Several members of the Deborah N.O.W Ministries, which is the sister arm of the Empowered Women's Ministry, based in the United States of America, visited the school last Thursday where they organised a girls' day event packed with three workshops that offered presentations on the common abuses that affect women and how to deal with them.

Throughout the sessions, it was revealed that some of the issues discussed such as domestic abusewere already being experienced by some of the girls attending the school.

The girls had frank and open discussions with the mentors and based on that, the group decided to form a longer partnership to provide ongoing counselling and mentorship for the students.

Guidance counsellor at Kellits High School, Faith Byfield, said the article stated that there were 20 students dropping out over a two year period, but that was in fact over a four- year period. She also noted that the girls who have dropped out and have been reintegrated into the school community are not stigmatised by their peers.