Bartlett not concerned about cut to tourism budget 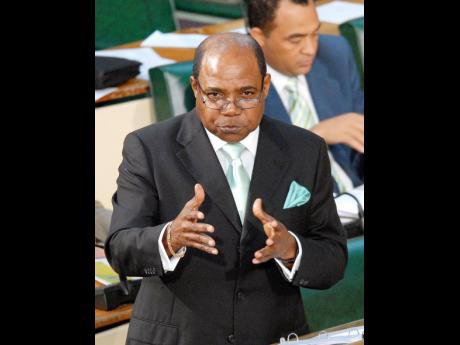 Tourism Minister Edmund Bartlett has said that a one-third cut in the budget to market Jamaica overseas is not "serious", amid concerns from the Opposition that the reduced spending planned for the upcoming financial year breaks with the norm.

Opposition spokesman on tourism, Dr Wykeham McNeill, raised the issue yesterday as the Standing Finance Committee of Parliament examined the proposed ministry expenditure for the upcoming 2017/2018 financial year, which starts on April 1.

Approximately $2 billion has been budgeted for the overseas marketing of Brand Jamaica, a third or about $1 billion less than the $3 billion being spent for the current 2016/2017 fiscal year, which ends on March 31.

McNeill said a cut in that particular budget does not usually occur. In fact, he said there are yearly increases for overseas marketing to respond to the depreciation in the value of the Jamaican dollar.

According to him, the cut "must be troubling to the sector".

Bartlett, however, said the ministry does not expect any adverse impact and pointed to the use of technology, which he said will reduce the amount of money needed.

He also stated that the budget for this fiscal year was increased to "restore" the Canadian market and fund Jamaica's marketing efforts at the 2016 Olympic Games in Brazil.

The Tourism Minister said if there are any shortfalls, the necessary adjustments will be made.