Falmouth's problematic drains to get attention 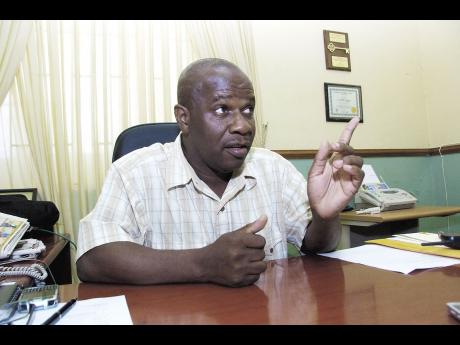 The Trelawny Municipal Corporation is to spend $8.5 million to carry out drain-cleaning work in Falmouth as part of a drive to minimise flooding, which has been a problem in the seaside town.

Speaking at a recent town hall meeting, Mayor Colin Gager said the funding was now in place, which should trigger the start of the work.

"The work will include cleaning of the drains and the placing of metal gates to prevent the water from filling the drains," said Gager, who bemoaned the fact that the current problem is as a result of the irresponsible manner in which some residents dump their garbage.

The mayor also noted that because Falmouth is below sea level, when there is high tide the drains also become flooded.

"That water becomes stagnant, becomes green, and it acts as a breeding ground for mosquitoes, and gives off a most unpleasant odour, much to the distress of residents and cruise ship passengers who want to walk the town," said Gager.

The mayor also spoke to the need for residents to act socially responsible, noting the trouble they are creating when they fail to dispose of their garbage in a responsible manner.

FLOODING FROM HIGH TIDE TO BE ADDRESSED

Mayor Gager said the Trelawny Municipal Corporation has been working with the Port Authority of Jamaica (PAJ) in establishing drains on either side of Market Street to help deal with the problem of flooding from high tide.

The PAJ has also been working on establishing four crosswalks on Market Street, which were initially slated for completion in October of 2016. However, to date, only two have been completed.

The crosswalks for George's and Market streets reportedly ran into problems with National Water Commission pipes, but according to PAJ official Mark Hylton, the matter has now been sorted out and the third crosswalk is scheduled to be completed shortly.

"As soon as that is finished, we will move on to the fourth one, which is to be at the Trelawny and Market Street intersection," noted Hylton.

The delay in having the crosswalks operational has not gone down well with at least two prominent residents - Reverend Devere Nugent and businessman Richard Shirley.

"Anybody coming into Falmouth will have difficulty finding the church," said Nugent, pastor at the William Knibb Memorial Baptist Church.

Shirley, who operates a pharmacy on Market Street, said he was quite annoyed by the situation, which was having a negative impact on his business.

"I am losing business because of the difficulty clients face in accessing the pharmacy," stated Shirley.

"There is no way the PAJ can be paying a contractor to take a year to finish a job, which was slated to be completed in six weeks, but is having an everlasting overrun."