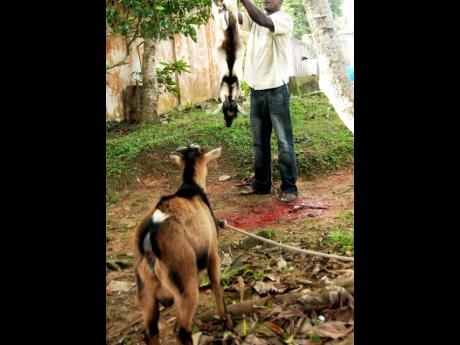 Ian Allen
A butcher using a backyard as his slaughterhouse. 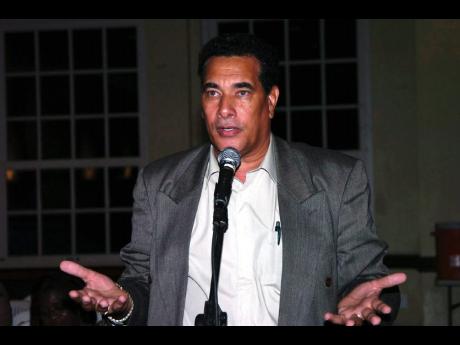 File
Davis: There is no doubt that St James needs an abattoir.
1
2

Cries for the construction of a proper abattoir in St James have been heard by the authorities but there is still no timeline as to when this will be a reality.

The St James Health Department has repeatedly warned about the unsuitable conditions under which animals are being slaughtered for consumption in the parish and has been pushing for a proper slaughterhouse for years.

But up to late last week, Mayor of Montego Bay Homer Davis could not say when one will be built.

"I know there are plans to construct an abattoir in Montpelier but it hasn't reached the stage where an announcement can be made, but there is no doubt that St James needs an abattoir," Davis told The Sunday Gleaner.

Montego Bay once had an operational abattoir in the River Bay Road area of the city, but after being closed well over a decade ago for what was planned as five weeks of repair work, it has never been reopened.

Now there is uncertainty as to whether the old abattoir will be restored to its original use as, according to Davis, there is a dispute with the owners of the land on which it was built.

"It was refurbished some years ago, but there is a dispute between the St James Municipal Corporation and the Railway Corporation of Jamaica (JRC) as the corporation is not the lawful owner of the property," said Davis.

"So we can't do anything ... as a matter of fact, railway has already taken possession of its property and has leased it out to private-sector interest."

In regard to a plan that was advanced several years ago to construct a new abattoir in Montpelier, which is several miles away from Montego Bay, Davis said there is nothing to report about that plan.

"However, there is no doubt that St James needs an abattoir. These little satellite things about the place are not working. We need a central area to do slaughtering in order that the thing can be properly monitored and managed," said Davis.

With food-safety issues on the front burner following the recent ban on corned beef imports from Brazil, the St James Health Department has increased it monitoring of meat sold in the parish and recently seized more than 600 pounds of uninspected meet at the Charles Gordon Market.

"We continue ... to visit the various meat shops and supermarkets to ensure that the food being offered for sale meets government standards by way of inspection, and that the public would have seen the government stamp by which meat is inspected and passed by the government of Jamaica," said Lennox Wallace, the chief public health inspector for St James.

According to Wallace, the absence of an official abattoir and the establishment of smaller designated areas for slaughtering animals under questionable conditions is worrying to his department.