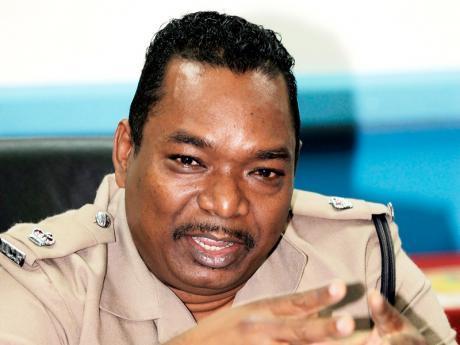 Nesbeth ... the weapons were found during the execution of a border security strategy at the wharf.

WESTERN BUREAU:
The St James police made a major gun and ammunition find in Montego Bay Friday evening when eight firearms and more than a thousand rounds of ammunition were seized in an operation at the Montego Bay Wharf.

In confirming the find, Senior Superintendent of Police (SSP) Marlon Nesbeth told The Gleaner that the weapons were found during the execution of a border security strategy at the wharf.

"We had reasons to be suspicious about the contents of two barrels and after a careful examination and search of their contents, the find was made," said Nesbeth.

"We found eight firearms – one high-powered rifle, a shot gun and 1,046 rounds of assorted ammunition."

The senior cop said efforts are now being made to identify who the barrel, which originated in Fort Lauderdale, was sent to.

This is the second time since the start of the year that the police have seized illegal guns at the Montego Bay Wharf.

In an earlier operation, two guns were found in a shipment and two men arrested.