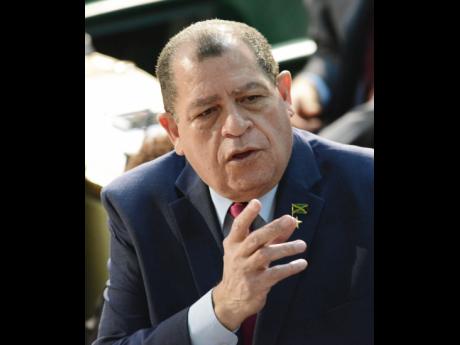 Five public bodies have been identified for closure while Government, in three months, is to have a timeline for a further reduction in the number of these entities (181) - an effort the International Monetary Fund (IMF) says is needed to minimise fiscal risks to Jamaica.

In new structural benchmarks under the current deal with the IMF, the Andrew Holness administration has committed to the closure of the five entities and the "reintegration" of the Office of the Children's Registry into the Child Development Agency by October this year. A document with time lines for the reintegration of "eligible public bodies" in central government is also to be submitted to Cabinet by July.

The entities identified for closure are the Board of Supervision, Road Maintenance Fund, Kingston Waterfront Hotel Company Limited, Montego Bay Shopping Centre Limited and the Portmore Commercial Development Company, according to the Government's Memorandum of Economic and Financial Policies which was released by the IMF on April 18.

The document, along with the fund's country report, were released after the IMF executive board April 18, said Jamaica passed the first review under the Stand-By Agreement that was approved in November 2016.

The developments come as the Government faces criticisms from local interests group over its decision to redirect revenues from three state bodies including the Tourism Enhancement Fund into the Consolidated Fund - the Government's main account.

In June, as part of a structural benchmark, the Government is expected to submit to Parliament the legislative changes to effect the changes, which will also affect the Jamaica Civil Aviation Authority and the Culture, Health, Arts, Sports and Education (CHASE) Fund.

Prime Minister Andrew Holness and his Finance Minister Audley Shaw started the public debate last month, arguing that the change will help the Government's fulfil its priorities while improving oversight of state entities.

Based on the documents, it appears that the stance was bolstered by what the administration in its March Letter of Intent to the IMF said was a "small breach" of performance criteria, that required the non-accumulation of external debt payments arrears, committed by the Clarendon Alumina Production (CAP).

The Government was forced to provide US$27 million (0.2 per cent of GDP) to settle arrears accumulated by CAP. The situation, the IMF said, highlighted the need for "better monitoring and control" over public bodies. CAP is to fully repay the Government by 2019 under a contract to be established.

"These arrears have since been cleared," read the letter. But it added that "the breach reflects our limited capacity to closely monitor all 64 (self-financing) public bodies" and requested that the IMF waived the "non observance" of the criteria for the first review. That was granted.

Going forward, the Government has agreed to a new structural benchmark in which a cumulative limit of $6.5 billion will be placed on the total domestic arrears that seven large public bodies including CAP will be allowed to accumulate.

Those seven bodies that will be under monthly monitoring will be the National Water Commission, Jamaica Urban Transit Company, Housing Agency of Jamaica, Urban Development Corporation, National Road Operating, Constructing Company and the National Health Fund and CAP.

Jamaica has 181 public bodies with about 64 classified as "self-financing" which means that they generate at least 50 per cent of their funding through taxes and fees and commercial activities.

But, according to the IMF's Country Report, the proliferation of the public bodies and earmarking of tax revenues and fees outside the consolidated fund "has increased the potential" for fiscal risks such as unbudgeted demands on central government, distortion in resource allocation and higher costs as "small public bodies cannot achieve economies of scale".

By December 2017, the administration has told the IMF that, with its support, it will build and roll out a risk-based approach to identify problematic public bodies. It will also develop a monitoring framework to ensure the finance ministry has a "centralised view" of payments that large public bodies have for external suppliers.