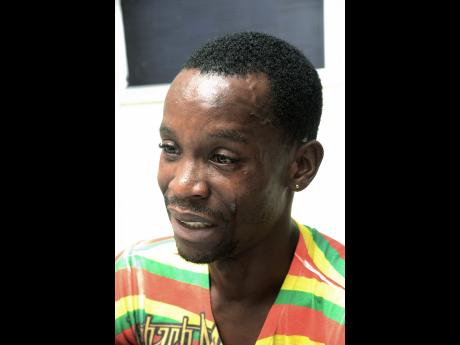 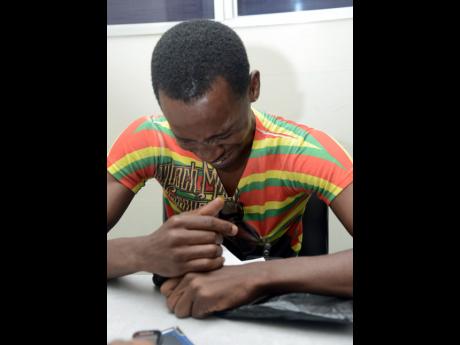 It is a problem that largely takes place below the radar but it is one faced by scores of Jamaican men who want to be involved in the lives of their children and are shut out by the mothers.

For the most part, the narrative is about the worthless men who fail to take care of their children, but many, like Albert Crosdale, are facing heartbreak with tears and sleepless nights because they are not allowed regular contact with their children.

Crosdale, 34, said he is being prevented from seeing his five-year-old son as the child's mother, despite orders from the Family Court, is determined to keep the boy as far from his father as possible.

"Me just want to have a relationship with my child. Me just don't want me son to grow out of my life. Me just cannot manage it and sometimes, to tell you the truth, mi feel fi just tek my life and just forget about it," sobbed Crosdale during a visit to The Gleaner's central Kingston office last Thursday.

"Me try, is not like me don't try. But she is doing everything to stop me from seeing me son, everything.

"Me report it to the police, me go to the Child Development Agency (CDA), the Office of the Children's Registry, the judge tell her I must see my son every Friday, and up to now, me still can't see my son," said Crosdale, his sobs replaced with a moan as he broke down further.

"Our system is automatically in favour of giving the woman the right over the father, and many times when there are issues between the parents, mothers will use the child as a weapon," said Semaj.

"There are many fathers who suffer silently. Some fathers have given up and have accepted defeat, but others, especially a father who wants to be a part of the child's life and is granted the right, the mother decides not to acknowledge it because she wants to punish him above and beyond the court's ruling," added Semaj

He said some fathers give up because of the recurring expenses or because of a natural dislike for the courts.

According to Crosdale, he met the woman in St Thomas in 2007 and the relationship initially blossomed. After she got pregnant in 2010 the two moved to Manchester, where they lived for about a year before things started going downhill.

He said he moved out of the house and has been living in Kingston, from where he has been sending money to the child.

Crosdale said his repeated requests to see his son have fallen on deaf ears and the mother has now dragged him before the court to have the child maintenance increased from $3,000 to $7,500 weekly.

While that matter is before court, the mother has decided to keep the child as far from his father as possible.

The desperate father said he has reported the matter to the court, while urging it to enforce the ruling that grants him access to the child.

He has also begged the Mandeville police to accompany him to the mother's house, and has asked representatives of the CDA to collect the child and facilitate a meeting with his son.

"Them just a carry me around corner and me want to have a relationship with my son. Everywhere I go they are just abusing my rights, abusing my rights as if I don't have any rights," cried Crosdale.

"She is doing what she feels and they not telling her that what she is doing is wrong, them not trying to assist me. Me even ask them for counselling, it a affect me, and nobody, everybody turn a blind eye," he added.

Crosdale said the last time he saw his son was after court on January 19. "After the court me see him and him seh 'Daddy, you nuh love me? How you don't come look for me'," said Crosdale.

"If this was me doing what she is doing, what would have happened to me? I would be behind bars. So what's the difference between me and she?"

Late last week, the CDA told our news team that its officers are investigating Crosdale's claim and it would recommend that he reports the matter to the police.

According to the CDA, its intervention will be to meet with both parents and provide counselling and advice.

'Desperate dad' is dead - Months after a bitter battle to get visitation rights to his son, father dies in road crash