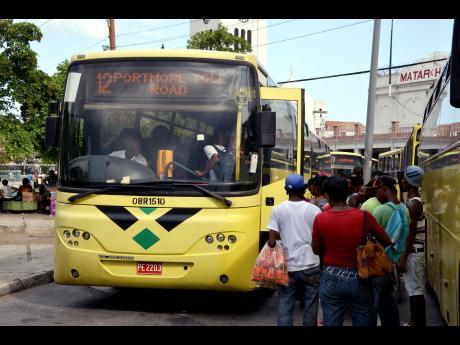 The Union of Clerical Administrative and Supervisory Employees (UCASE) and the management of the Jamaica Urban Transit Company (JUTC) are to meet this afternoon in a bid to avert a strike at the state-run bus company.

On Friday, the union served a 72-hour strike notice on the JUTC.

UCASE says its action was prompted by what it says is a string of unfair and unjustified dismissals.

The union says the most recent dismissal is that of accident investigator, Donovan White, for allegedly writing an inaccurate time in the department’s register.

UCASE says it’s also concerned that 12 employees have been on suspension since last September.

Union President, Vincent Morrison, contends that the JUTC's management has failed to deal fairly and objectively with the employees over a protracted period of time.

He says he's hoping a resolution to the issues can be agreed at this afternoon's meeting.

The meeting is set to start at 3 o'clock.