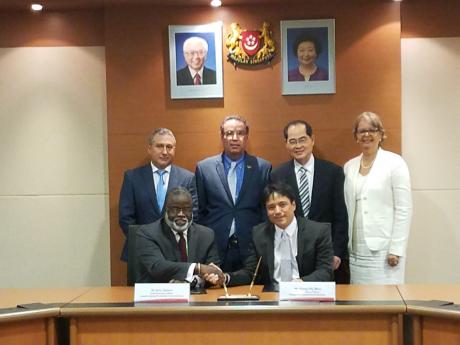 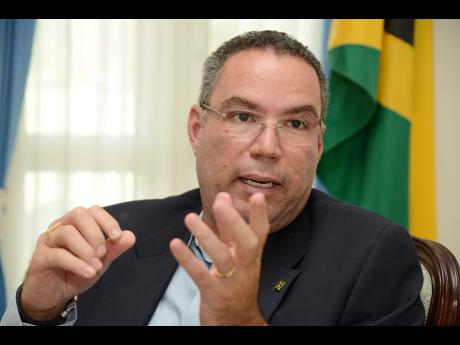 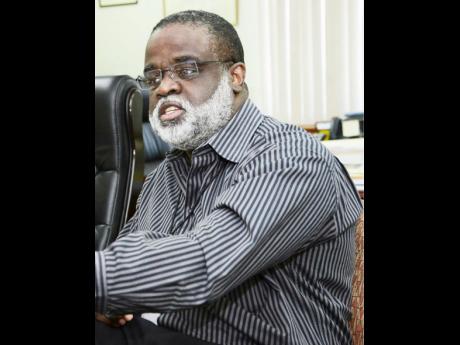 The Jamaica Special Economic Zone Authority (JSEZA) and Singapore Cooperation Enterprise (SCE) have signed an addendum to a memorandum of understanding (MOU) which both organisations inked last December to collaborate on the development of special economic zones (SEZ) in the island.

The addendum focuses on the creation of a national airports system plan which is timely, given Jamaica's opportunity in this area of logistics, particularly air cargo and maintenance repair and overhaul services.

The signing was witnessed by Daryl Vaz, minister without portfolio, Ministry of Economic Growth and Job Creation, and Lim Hng Kiang, minister for trade and industry (trade), Singapore.

The addendum is the result of a three-part programme arising from the MOU signed in December 2016.

The first initiative is a week-long study visit to Singapore, currently under way and led by Daryl Vaz, accompanied by heads of key Jamaican ministries, departments and agencies.

The main objectives of this study visit will include learning about Singapore's industrialisation journey, finding out what are the key components in the successful planning of a SEZ, and gaining insights into how industrial and business parks are being developed in Singapore.

"The Government of Jamaica is excited about the opportunity to partner with the government of Singapore to develop Jamaica into a mecca of economic activity," said Vaz.

"We believe that our approach, which is built on partnership among government entities, will go a long way in moving this development programme forward. We must work together to grow our economy, and it is only through action and education that we will be able to achieve this growth. This partnership with Singapore provides us with an opportunity on which we must capitalise."

The second initiative will see a series of workshops being held in Jamaica to impart Singapore's experience in various facets of economic and human capital advancement, and process and systems development.

More than 200 Jamaican government officials from a range of government organisations will be trained in key areas of economic development by Singaporean experts. The topics will include Singapore's experience and strategies in SEZs, strategic workforce planning for industry development, and Singapore's Digital Government journey.

Concept plan to be developed

Under the third initiative, a concept plan for an identified site for the SEZ will be developed. The concept plan will allow JSEZA to commence planning, marketing and promoting the SEZ. At the same time, a series of action plans will also be developed to support Jamaica's development as a pro-business destination for both foreign investors and local enterprises. The action plans will cover three key areas - policy enhancements, promotion strategies and cluster development, and development of facilitation centres for foreign investors and local enterprises.

An addendum was also signed to include a national airports system plan based on the assessment of the national policies and legal framework, airport infrastructure, aviation capacity, commercial performance, and projected demand and economic opportunities from air travel.

JSEZA's interest in collaborating with Singapore in the development of SEZs was strengthened following a visit to the Tianjin Eco-City, one of China's best known eco-cities, and a flagship cooperation project between the governments of Singapore and China.

Dr Eric Deans, CEO of JSEZA, noted that "this First-World facility is a model for SEZs of the future and certainly provides the direction in which Jamaica would like to go with the build-out of SEZs locally. It was on this visit to Tianjin that we also recognised the important role that Singapore has played in the development of a number of industrial parks, including Singapore-Suzhou Industrial Park and Guangzhou Knowledge City".

Kong Wy Mun, chief executive of SCE, said: "The economic situation in Jamaica has improved markedly in recent years due to proactive reform programmes embarked on by the Government. The development of SEZs will be crucial to prepare and boost Jamaica in its next phase of economic growth. As Jamaica and Singapore are both small island states with similar characteristics, there will be potential in the sharing of pertinent experiences and collaboration opportunities."