Growth & Jobs | Jamaican Xperience with a difference - creating jobs too 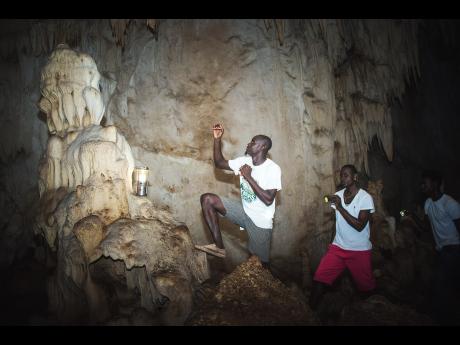 Contributed
Tour guides tell the story of this magnificent cave, which was used by the Maroons led by Cudjoe to evade the British. 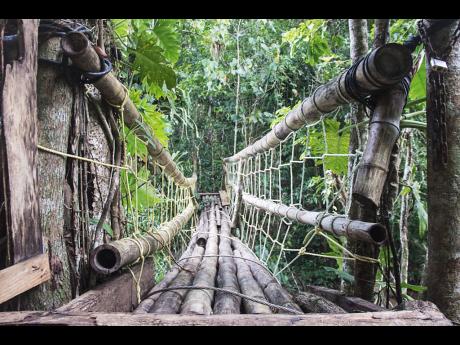 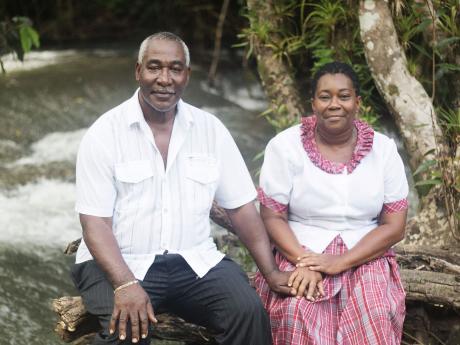 Contributed
The Gordons, O'Brian and Clover, share a moment by the Tangle River, which spines the five-acre property and feeds the Martha Brae. 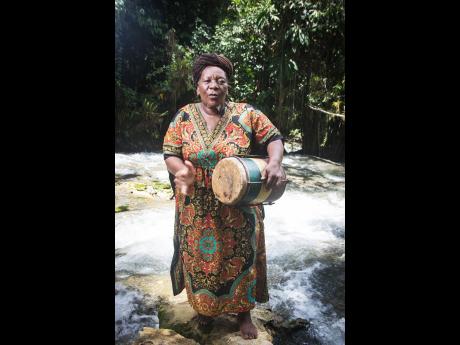 Contributed
A member of one of the local cultural groups, beats her drum for visitors. 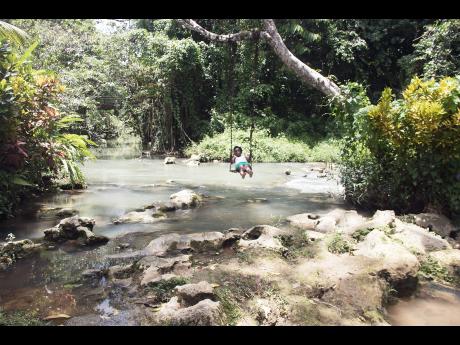 Contributed
A child plays on a swing attached to a tree growing from the nourishing waters of the Tangle River, which runs through the five-acre Bunkers Hill property.
1
2
3
4
5

A Doctor Bird seeming to greet visitors, as it swiftly flaps its wings and plunges its elongated beak into a fiery-red ginger lily in pursuit of nectar, is all the confirmation one needs to know that he is in for a truly authentic Jamaican treat.

This is Bunkers Hill, Trelawny, located at the entrance to the biodiverse Cockpit Country, which abounds with nature and history, and lingering cultural rituals and practices that date back to the inhabitation of Maroons, led by Captain Cudjoe and the legendary heroine, Nanny, as well as the Tainos.

These fine distinctions have been packaged by Clover and O'Brian Gordon into the Bunkers Hill Cultural Xperience, which is unlike other tourism experiences Jamaica has to offer.

The Eden-like five-acre property, nourished by the gushing waters of the Tangle River that flows into the Martha Brae, captures some of the fine details of Jamaica's early inhabitants, giving its visitors the opportunity to live and breathe its heritage.

On the banks of the Tangle, for example, are caves, still fresh with the writings and carvings of the Taino people, who once inhabited it; and if one should hike just a bit farther through the bushes and up the steep cliffs, he would discover another cave which sustained Cudjoe and his men in their effort to evade the British. However, caution: it's not a trip for the faint-hearted.

There is more. Beyond the caves lies the ruins of the Dromilly Great House, and the site where Cudjoe and his men ambushed British troops around 1795.

Everything about the Bunkers Hill Cultural Xperience is authentically Jamaican.

The drinks and meals are served in painted enamel cups and plates, along with the utensils Jamaicans used in the 19th to mid-20th centuries; or, on banana leaves; or carefully cleaned calabash shells, as was the practise of the Maroons. These traditions are also kept alive by their descendants, in some rural Jamaican communities.

One of the social enterprises nurtured under the Social Enterprise Boost Initiative by the JN Foundation and the US Agency for International Development, the Bunkers Hill Cultural Xperience, relies on the resources of the Bunkers Hill community and its surrounding hamlets for sustenance. Consequently, more than 90 per cent of its food; and 100 per cent of its human resources come from the community.

"We are going to need more support from the community," Clover Gordon says, as the attraction, which recently received its permit from the National Environment and Planning Agency (NEPA); and is in the process of applying for an operating licence from the Jamaica Tourist Board, prepares for its official opening to the public in July.

"At that time, we may be needing a 100 pounds of chicken, so they will need to increase supplies; therefore, if Jane don't have, Mr Peter will have next week," she explains.

The operation provides an employment and production boon for Bunkers Hill, giving its mainly farming constituents an additional source of income. It already employs 10 people part-time; and, with its upcoming launch and expansion, there will be need for additional cooks, tour guides, life guards and others.

For Kemar, who travels daily to work miles away in Hanover at the Tryall Club, it provides an income during the "off season," when visitor bookings are low at the high-end resort and there is no employment for him.

"It's good employment here," he says. "It uplifts the community and give us work."

However, more important to him and Alexander, another young male resident employed as a tour guide, it allows them to discover aspects of their community and its indigenous culture that were not well known to them.

For the Gordons, this historical introspection and cultural preservation is a primary objective of their Bunker's Hill Cultural Xperience, which emerged to Mrs Gordon in a literal dream, some four years ago.

Beyond simply generating employment and economic activity in the community, the registration and inclusion of folk groups, such as the Deeside Cultural Group and the Wakefield Tambo Group, are essential to maintaining the cultural authenticity, which the Gordons want to sustain at Bunkers Hill Cultural Xperience.

Preserving and promoting cultural authenticity of the Bunkers Hill Cultural Xperience is the primary objective of the Gordons.

Jamaicans living overseas have the opportunity to contribute to the development of the Bunkers Hill Cultural Xperience by investing in the JN Bank Diaspora Certificate of Deposit, from which a percentage of the interest earned, will be matched and reinvested into businesses being nurtured by the Social Enterprise Boost Initiative by the JN Foundation.