Taking a stand for a better tomorrow 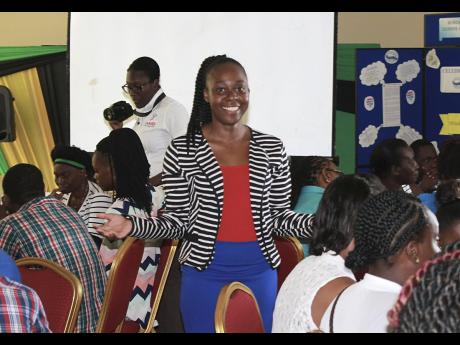 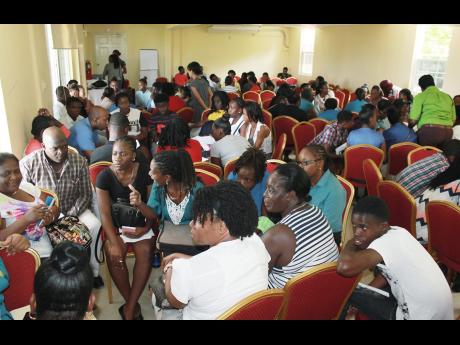 More than 100 students and members of local community and church groups packed into the conference room at the Casa Maria Hotel in Port Maria, St Mary, last week for a special seminar to raise awareness about gender-based violence.

According to the BGA's acting director of community liaisons, Shaniquea Ormsby, the project sought to inform and educate people about gender-based violence by engaging with community groups throughout the parish.

She told Rural Xpress: "The purpose of today's symposium is to create a greater awareness about different forms of gender-based violence and to train persons in dealing with this in its various forms, such as bullying, sexual and domestic violence, and child abuse.

"So if they, or anyone they know, are faced with any of these situations, they will know what to do and have an idea of the agencies that are available to provide the necessary support. Yesterday was fabulous because we had an advocacy walk in Annotto Bay, from the police station to the Texaco gas station, to declare that we are taking a zero-tolerance stance on violence.

"The walk attracted a lot of students and it was encouraging to see how they were very engaged and so eager to distribute the brochures they had been given. The turnout today is good, too, because it shows that persons are interested and willing to come on board to help eliminate this scourge of violence that we're having."

Looking ahead, Ormsby believes the partnership between the BGA and the police in St Mary will lead to an eventual drop in gender-based violence in a parish were domestic abuse is for the most part endemic.

She explained: "The BGA and CSSB have a very good relationship, which was established in 2013 when there was a spike in violence, and we have held an annual intervention programme since then. We're also aware of the upsurge in St Mary, so this was not just an ad hoc thing; the timing is accurate, so persons can know that we will not support violence of any sort.

"The bond and relationship we have with the CSSB is reassuring people that we are here to support and train them, so if they are in any situation where they feel tempted to perpetrate violence, they will know there is an alternative; so what we're doing today is just about putting protective measures in place.

"Moving forward, we are finalising our national strategic action plan, which will be focusing on protection, prosecution, redress, and how to compensate people who have been involved in violent situations. But the bureau doesn't only focus on the victims, we focus on the perpetrators and witnesses because, many times, the witnesses are left out in the cold. We try to provide support for all so that no one is left out."