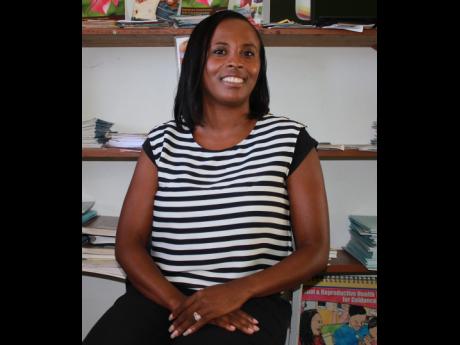 Almost 20 years after sociologist Dr Claudette Crawford-Brown coined the phrase 'barrel children', the problem remains as the relationship between many parents and their children appears to centre largely on the designer labels and brand-name products they send from abroad.

According to Jannine Pottinger-Miller, a guidance counsellor at Retreat Primary and Junior High School in St Mary, the problem appears to be getting worse as additional issues and complexities arise with the passing of each new generation.

She told Family and Religion recently: "A lot of parents go overseas to seek employment, and there's nothing wrong with that. The problem is when they go and don't come back, without telling their child they're not coming back.

"[The faculty] are left with that problem. We are the ones who have to break the news that mommy might not be coming back for now. Sometimes parents will tell them: 'I'll be back next year', but we know their paperwork might take up to four years to sort out, depending on the situation.

"So the child is left here, maybe with the other parent, a grandparent, or a friend who may not know them at all. Then the child starts to miss their mother and begins to rebel, thinking: 'If I give some trouble, maybe she will come back right now.'

"You will notice the child dropping back in class. They may have been an A student, but now they are getting C grades, and they don't care. They develop a 'don't care' attitude as if to say 'Mommy don't care so why should I?'. They can't see mommy to tell her how hurt they are, so they take that out on the other students. They want to have a sense of belonging, so they say: 'I will hurt you so you can feel like I do.'"

Pottinger-Miller, who earned a bachelor's degree in counselling in 2008, believes that to resolve the issue, the first step parents should take is to communicate better and be more open and honest with their children.

She explained: "Nothing is guaranteed, but at least be a trying parent, not a failing one. A promise is a promise. Fulfil the promise and don't let your child down and disappoint them because you are their role model.

"If you do that, you will break their motivation, spirit, and self-confidence, and when that happens, you have a hurt child going out there to hurt other people because that's what they have learned. And this is what we are seeing being played out in wider society. People are hurting; so in return, they hurt people because only hurt people can hurt people."