'The Church is too divided' 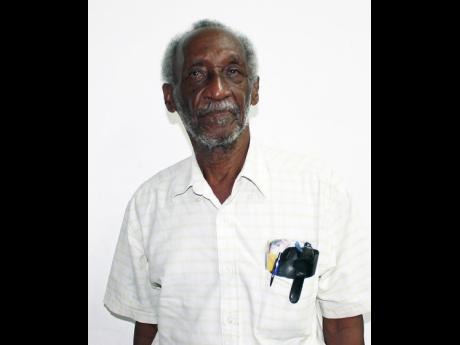 After serving as an elder at the Bethel United Church in Highgate, St Mary, for more than a decade, Trevor Stoddard decided to retire to the backbench, but still maintains a keen interest in local and international religious affairs.

Stoddard's favourite Bible passage is Philippians 4:13: "I can do all things through Christ who strengthens me" because he "... heard and adopted it years ago, and it still works today". He is, nonetheless, unhappy with the general direction in which the Church in Jamaica is heading.

Stoddard believes the proliferation of religious denominations across the island is one of the biggest issues and believes churchgoers would be better served if more religious organisations came together much like the Presbyterian Church, the Congregational Union, and the Disciples of Christ did 25 years ago, to form the United Church in Jamaica and the Cayman Islands.

Speaking recently to Family and Religion, he explained: "I think the biggest religious issue facing Jamaica today is divisiveness. It is amazing that a small country like Jamaica has over 2,000 different denominations, and as a reverend I was listening to last night was saying, that's one of the factors contributing to the corruption of the Church because believe it or not, there is corruption in the Church.

"And a lot of the doctrines are very different. So for example, even in the United Church in Jamaica and the Cayman Islands, the Presbyterians are more Pentecostal and spirited compared to the Congregational Union and the Disciples, whose method of worship is a lot more quiet and sedated.

"And of course, the younger people are attracted to the sensationalism, and so they are generally moving away from the Church because of what [political analyst and former broadcaster] Richard 'Dicky' Crawford referred to as the 'Bling Bling culture."

Stoddard, who is originally from Westmoreland, but has lived in St Mary for the last 45 years, is hopeful that things will change for the better and is optimistic that more people will come to appreciate the benefits of unity in the future.

He said: "I was watching a lady on television the other day who brought forward the same point that there has to be more unity, and I think she's right, and it will happen. If we are really serious about attacking the various problems that exist in our society today, then we will have to approach these issues with a unified front."