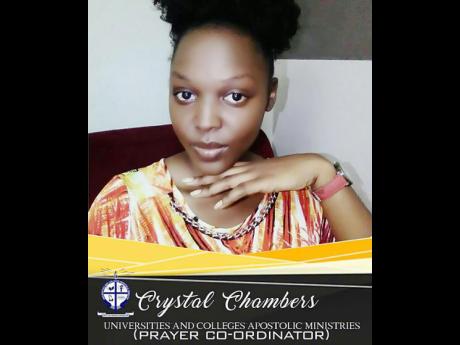 The new school year is almost here, and university students, especially those who board away from home, are getting ready to move out of their homes to either live on their own or at accommodations on campus.

The freedom facilitated by colleges and universities often opens doors to 'extra-curricular' activities such as smoking, drinking, partying and sexual activities, all that goes against the upright Christian living.

For some, the term 'back to school' means 'back to sin'.

It is for this reason that Crystal Chambers, national prayer coordinator for Universities and Colleges Apostolic Ministry (UCAM), stressed the importance of such campus ministries in schools.

"When I was in high school, I never stuck around Christian people, but I found that if I had, maybe I wouldn't have made some of the decisions that I had," Chambers told Family and Religion.

She added: "Show me your friends and I'll tell you who you are. You want to maintain a certain standard of living, then find yourself in a group of persons with like interest. I'm not saying you can't have unsaved friends; I do, but if the group that you're in on a daily basis on campus is filled with more persons who are less God-centred, then chances are, somewhere along the line, you will begin to falter. It is very likely that the temptations are going to be more and your ability to resist is going to be gradually reduced," she said, admitting that she has witnessed this on numerous occasions.

Chambers told Family and Religion that it is for this reason that she encourages fellowship among UCAM members through social activities such as meeting at the park to chill.

According to her: "The temptations will come, and we can think ourselves above it, but Paul says there is no temptation that has taken man that is uncommon and we must be careful lest when we think we stand, we fall because we are only able to resist the devil and live Christlike not by our work, but by the spirit of God, and we encourage His spirit when we associate ourselves with like-minded people."

The 25-year-old who has been a member of UCAM since 2010, noted that though temptations will come, it is possible to remain rooted even while away from home.

Citing examples from the Bible where young people were placed in adverse situations but overcame, she spoke of Daniel and the lion's den, the three Hebrew boys and the fiery furnace, and the story of young Joseph.

"They were all in situations where they were away from home, away from the Christian settings, away from their beliefs as godly persons, but their willingness helped them. The Bible talks about God being willing to help us, so if you're willing to remain a Christian and to remain focused, ... you're going to have success. The Bible says the Lord doesn't want for any to perish, but for all to come to repentance. It's not that temptations won't come, but you will have enough courage to get through it," Chambers said.