It will soon be 'Dunn' in S.E. St Mary, declares Montague 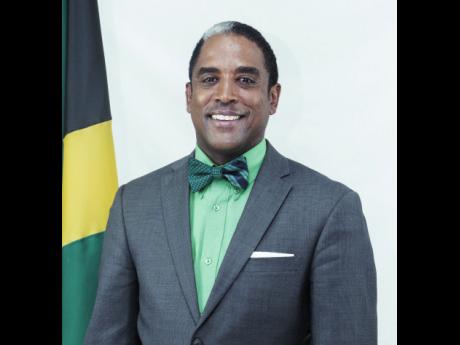 As the political temperature rises on the ground in South East St Mary, chairman of the governing Jamaica Labour Party (JLP) Robert Montague is declaring "it will soon be Dunn!"

Montague, addressing a political meeting in Montego Bay, St James a short while ago, took aim at the People's National Party's selecting Dr Fenton Ferguson as the campaign director for the up-coming by-elections, even as he called on Labourites to support the party's candidate for the battleground seat.

Montague said that all Labourites will be a campaign manager, pointing out that he will be working as a runner when the by-elections are called.

He said every JLP supporter has a part to play in securing victory for the party when the by-elections are called.

Montague said the Labour Party was "not joking" with the by-election, as it wanted Dr Norman Dunn to be the next member of parliament for South East St Mary.

Montague, in taking another swipe at the PNP and its candidate Dr Shane Alexis, said Dunn was born in St Mary.