'Leaving church not the end of the world' 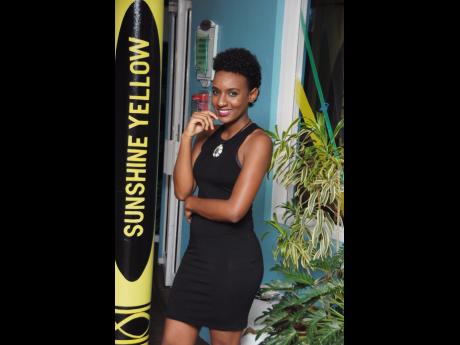 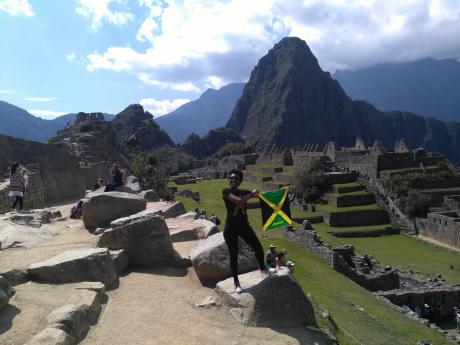 Contributed
Kelly in Macchu Picchu, Peru, on one of her many excursions.
1
2

In some congregations, you are considered no less than a heathen when you decide that living up to the standards of church members is not something you want to do for the rest of your life.

Twenty-seven-year-old Shari Kelly knows all too well the treatment meted out to those who have made such a decision and she was far from hesitant to share her story in a tell-all session with Family & Religion.

"I grew up in an 'Adventist home'. Literally next door to West Indies College - WIC (now Northern Caribbean University). My mother wasn't born an Adventist but converted when she came to WIC. My father, who died when I was three, wasn't Adventist. I would like to think that it is the church that kept my mother going, so I respect it in that sense. I went to WIC Preparatory and was the quintessential SDA (Seventh Day Adventist) kid. I sang on Cherubs - the school choir - did sign language, was an avid Pathfinder, participated every single Children's Day in church. I was a poster kid. Church was basically my life. Church was my recreation, being right next door. I practically grew up on the campus. I like to feel like I'm part of the history," said Kelly.

Though some things changed slightly for Kelly when she started high school, they mostly remained the same.

"I went to Manchester High, taking a turn from the usual and expected Adventist education. Those five years were the best of my life. And it didn't actually affect my faith. My two best friends and I were respected for our beliefs, despite having the pork and Sabbath argument with our friends quite regularly. We stayed faithful to our beliefs, never participating in anything that was held on Saturdays or Friday nights."

Her dream was to attend Edna Manley College of the Visual and Performing Arts to study theatre arts but that was not allowed by her mother and soon enough, she was back to a place she knew all too well.

"I went to Northern Caribbean University to study biochemistry, of all things. I switched to English after completely and kind of deliberately flunking my first semester and it was smooth sailing afterwards."

Kelly said that she did not really like participating in front of large audiences but she was comforted through the support of her friends.

Her life in the church followed her to adulthood and even through marriage. But she became tired of pretending.

"I got married at 21 to another SDA poster child and we continued on the church path. Somewhere along the way, I began to feel like this church thing was just a show. It felt like more of a burden to dress up on Saturday mornings to smile with people who are terrible to each other at work during the week. Not that everyone was like that, but I interacted with the people for so long, in different spheres of life and at the end of the week, it all just seemed like an elaborate farce."

She continued: "Pair that with a marriage that wasn't quite working out, a bout of depression and you get another young person who was just tired of being told that Jesus was the answer. It's a little bit more complicated than that, but I just felt like my life would be a lot more tolerable if I left out the whole church and belief aspect. So, I stopped going to church, moved across the island, started a new life and increased my travels to other countries. I haven't been happier. Best decision I made at that age."

And as quickly as she moved on to a new life, she lost friends and associates.

"I've lost a few 'friends' but I guess they weren't real friends to begin with. The ones who count are still here, but that hasn't been the hardest part of my journey, the hardest part is probably trusting my gut and being confident in my choices. Believing that I am responsible for my life and not necessarily a supernatural being."

Living with no regrets and first identifying as a human being with the ability to choose how her life plays out, Kelly is concentrated only on what makes her happy.

"I don't really identify as anything. I don't think that's important for living a fulfilling life. Whatever makes you happy. Whatever makes you feel like you're fulfilling your purpose is what you should go for. We're all entitled to our personal opinions and beliefs and what works for you won't necessarily work for someone else, so no need to declare that you are the chosen ones or anything of the sort and backhandedly condemn those who don't agree. Let's all just get along and try to take care of each other and the planet we're on" she said.