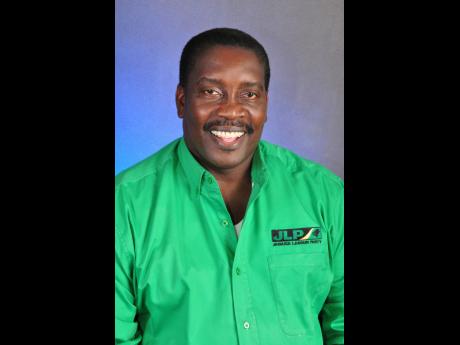 Chairman of the Jamaica Labour Party (JLP), Robert Montague, raised eye brows last night when he disclosed that the party will be taking aim at the People’s National Party (PNP) stronghold of South West St Andrew.

Montague told JLP supporters in Gibbs Hill, St Mary that he got word of a PNP squabble in the constituency.

He did not give further details, but said the JLP would be active in the constituency to turn around its fortunes there.

“This evening (last night), we got a call that there is problem in South West St Andrew for the PNP.  Therefore, the Labour Party has taken note.

“Based on what is going on there, we want it to be known that the Jamaica Labour Party is going after South Western St Andrew,” Montague, also the member of parliament for Western St Mary declared.

The JLP chairman said while he is sure that the JLP will bag the South East St Mary by-election, much work will be required in South West St Andrew.

Montague disclosed that the JLP will be pulling on the strength of supporters who do not currently live in the constituency but are still registered to vote there.

“If you doubt me, watch your TV after nomination day, because remember South West [St Andrew] was a hardcore, strong Labourite constituency under Wilton Hill… that seat was a Labourite seat and dem create likkle ray ray dung deh and run out some Labourites.

“What they never did, is that they never tek dem off a di voters list. We have Labourites in Central Village and Portmore and we going to carry them back on the 30th of October,” Montague said, giving the PNP notice.

At the same time, Montague said he was surprised that Mark Golding, the PNP’s expected candidate for South St Andrew, has decided to erect a billboard with his image and election verbiage.

He questioned whether Golding’s decision to erect the billboard is a sign of weakness in the PNP bedrock of South St Andrew, which neighbours South West St Andrew.

Along with South East St Mary, South and South West St Andrew will have by-elections on October 30.