Crime concerns for British entities wanting to invest in Ja 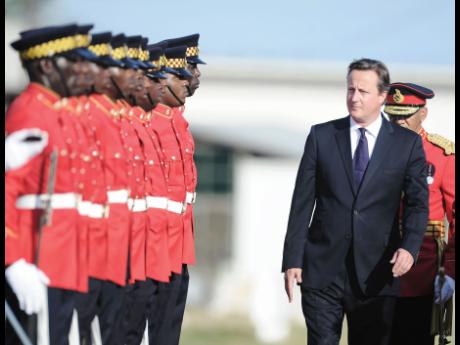 Ricardo Makyn
Former British Prime Minister David Cameron inspects the Guard of Honour during his official visit to Jamaica in 2015. 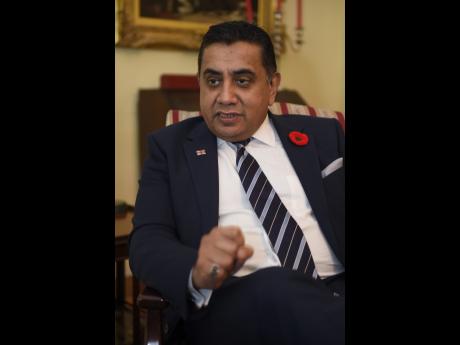 Gladstone Taylor
Lord Tariq Ahmad, British minister of state with responsibility for the Caribbean, Commonwealth and the United Nations.
1
2

A leading member of the British government, British Minister of state with responsibilities for the Caribbean, Commonwealth and the United Nations, Lord Tariq Ahmad, is upbeat about the prospects for greater cooperation between Jamaica and the United Kingdom.

During a whistle stop in the island last week, Ahmad told The Gleaner that established links through a familiar language, history and association between Britain and Jamaica lend themselves to greater prospects for corporation.

He argued that the creation of more linkages with the massive Jamaican population in Britain is paramount.

"It's been the subject of much communication with the prime minister, foreign minister and, indeed, the finance minister - of identifying opportunities that exists in terms of the richness of businesses. There are many successful British people of Jamaican heritage over there," said Ahmad.

"But are we really leveraging the opportunities that exist in trade?" added Ahmad.

According to the state minister: "If you go back in recent history, when former Prime Minister David Cameron visited the Caribbean, one of the things we are proud of is that he had set up the UK Caribbean Infrastructure Fund."

Cameron had announced in 2015 that his government would invest £300 million in vital new infrastructure, such as roads, bridges and ports, to help drive economic growth and development across the Caribbean region.

Ahmad told The Gleaner that he will now bring to the table interest from British companies who are serious about investing in the Caribbean, and Jamaica in particularly, but he warned that there are concerns about Jamaica's high level of crime.

He said that is one area the British are already working on with the Jamaican Government.

"Britain has not been sitting back and saying you are to sort that out on your own and then we will come in. Actually, we are helping Jamaica in partnership to strengthen that issue," said Ahmad.