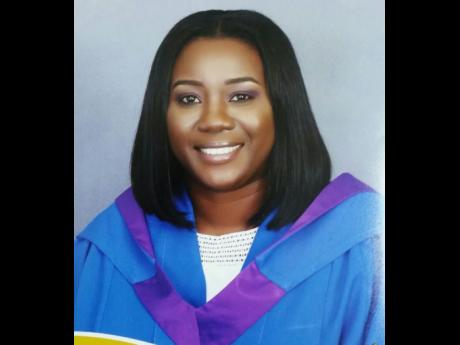 When Marva Matthews joined the Jamaica Constabulary Force (JCF) just over 23 years ago, the Montego Bay native saw it as an opportunity to serve her country in the restoration of law and order, which was under threat with 'street values' steadily eroding 'family values.'

However, after moving through the ranks from constable to deputy superintendent of police, Matthews, who has always had a passion for higher learning, has resigned from the force, and having just completed her Bachelor of Laws (LLB) at the University of Technology (UTech) in St Andrew, she is now gearing up to move to Florida International University (FIU) to pursue her master's.

"The JCF was my first everything ... it was my absent father and the husband I yearned for," said the smiling Matthews.

"It pulled me out of my shell as I was a quiet person ... it provided me with a wealth of experience, which I am sure will continue to serve me well in life."

While she enjoyed her time in the JCF, before her resignation in August, Mathews' desire to widen her horizon pushed her to enrol at UTech in search of her dream to develop a greater understanding of the law and its application.

"I grew up with a passion for learning, and having joined the JCF and realising that it offers just an understanding of basic laws, I decided that I would like to widen my horizon, hence the UTech decision," said Matthews, who spent the greater part of her policing career in western Jamaica.

PREPARING FOR AN EXCITING TIME

Having laid the basic foundation for a new career in law, Mathews is now riding on the proverbial cloud nine as she prepares herself for what she confidently believes will be an exciting time in her life.

"I am excited ... I am overwhelmed ... I am glowing ... really just happy with this awesome feeling that the decision I made to study law is going as well as I hoped it would," said the St James High School graduate.

"As I await my time to move into FIU, I am presently studying real estate law and doing some voluntary work to keep me busy as I await my entry into FIU."

After just over 23 years in the Jamaica Constabulary Force (JCF), retired deputy superintendent Marva Matthews has moved on with good memories of her time as a cop, but she is convinced that the force is ill-equipped to adequately address Jamaica's crime problem.

"Based on where the crime situation is in Jamaica, I don't believe the police are in a position to contain it," said Matthews.

"The organisation needs outside help in terms of how we deal with the promotion of good values and attitudes and build the self-esteem of our people."

Insofar as her hometown, Montego Bay, St James, is concerned, Mathews, being the eternal optimist, thinks that, once there is a will, there is a way to deal with the crime monster now stalking the town.

"We need to treat all wrong the same way, even matters such as the littering of our streets," added Matthews.