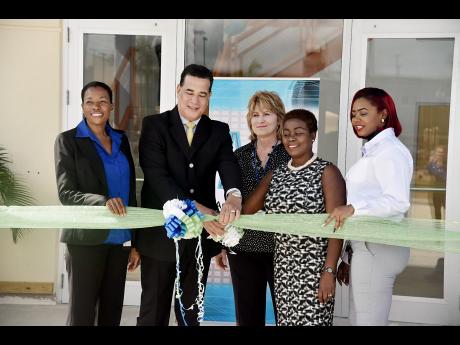 President of the Business Process Industry Association of Jamaica (BPIAJ), Gloria Henry says local players must adopt to the rapid changes on the global outsourcing landscape and move to include higher value added services to their offerings in order to remain competitive in the years to come.

Henry who was giving the keynote address at the ribbon cutting ceremony of additional space for Advance Call Centre Technologies (ACCT) at Barnett Tech Park in Montego Bay on Monday said two of the primary areas of outsourcing service diversification for Jamaica could be information technology outsourcing and knowledge process outsourcing.

"Although Jamaica's BPO industry proceeds and continues to output robust growth and expansion, there is the opportunity to complement such growth and tap into opportunities along the value chain as multinationals continue to seek to outsource even higher value added services to Latin America and the Caribbean," Henry said.

"With market dynamics constantly changing and new entrants making inroads daily, our competitors within the western hemisphere are developing new competencies and alliances," she said. They were also "deploying innovative, new business models that enable them to pre-empt competitive threats while boosting market share, as a growing industry, to remain competitive and viable. We must do the same."

According to Henry, there is a new generation of outsourcing on the horizon, with significant growth in various verticals such as data analytics, medical billing, legal research among others. It is projected that these areas will continue to expand over the next five years.

ACCT started operating in Jamaica through a third party provider until it opened its own operation at the Barnett Tech Park four years ago. The new 50,000 square feet of space is the company's fourth site in Montego Bay employing just over 1,300 individuals, with added capacity to employ an additional 1,200 agents.