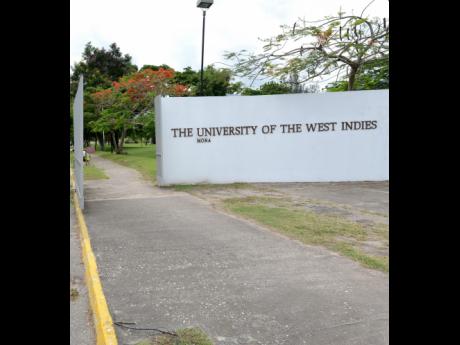 The University of the West Indies (UWI) has distanced itself from claims of a punishing sudden increase in fees facing nursing students at the Cobbla, Manchester-based Knox Community College.

The nursing students are up in arms after administrators at the community college indicated that they will have to pay a total of $6.4 million in additional fees, and blamed this on an increase in the franchise fee charged by the UWI, which is responsible for the programme.

But officials of the UWI have told The Sunday Gleaner that they are not responsible for setting the fees for students at Knox.

Martin also scoffed at claims that the Knox students were charged a lower amount because the administrators of the college were not aware of the increase in the franchise fee by the UWI.

"In 2016, these fees were increased by the University Centre. As far as the Mona campus is aware, there was dialogue between the relevant colleges and the then Central Office for Regional and International Affairs in the Regional Headquarters before the increase.

"The new schedule of fees was sent to those institutions with franchised programmes of Mona in August 2016 to confirm these fees," said Martin.

She said the UWI would not be able to assist the students to pay the increase in tuition fees as it does not offer financial assistance to students enrolled in any of its franchised programmes.

"The UWI's involvement in the running of the nursing programme at Knox Community College is primarily with the academic offering, ensuring that the standard of the programme is maintained and that appropriately qualified lecturers deliver the franchised programme," said Martin.

Last week, concerned nursing students told our news team that they are yet to meet with the administrators despite having not paid the extra amount.

"We are just waiting to hear if they are going to say anything regarding the fees because our mid-semester is coming up. I guess we will know closer to the exam date," said one student.

She noted that the exam is slated for March 16 and there has been no official word from the administrators if they will be allowed to sit the exam if they have not paid.

Last week, administrators at Knox said they while they will provide a response to the latest developments, it would not be ready in time for this publication.