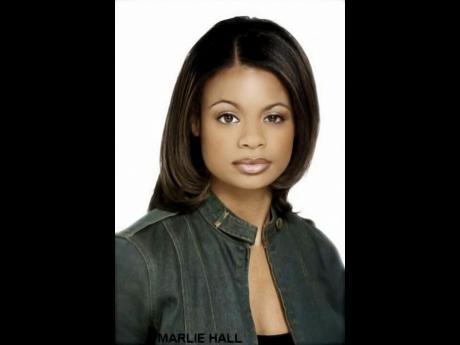 Hall, who has ties with the French Caribbean country of Haiti, will host the flagship event at the Wyndham New Yorker Hotel at Eight Avenue in midtown Manhattan.

She is known for her in-depth reporting on international issues and has earned a Bronze Telly Award for Cablevision's HD News for her commentary on the healthcare crisis in Haiti.

The awards dinner is a main highlight of the upcoming annual celebration of Caribbean Week in New York that brings consumers' attention to the region and its cultural assets as an alluring travel destination.

"As a proud Haitian American who has taken part in Caribbean Week celebrations for years, I am beyond excited to serve as host for this year's Caribbean tourism industry awards. I am humbled to help honour those whose work has brought the Caribbean to the world," said Hall.

The industry awards salute excellence in the promotion of Caribbean tourism and honour journalists whose work have contributed to the development and growth of the business in the region. The media awards are presented in 12 categories.

"The Caribbean media awards celebrate the very best in US and Caribbean travel journalism and reward the individuals, organizations and destinations who produce and present exceptional work," said a release from the CTO.

In addition, the gala will also celebrate individuals who have influenced the Caribbean tourism industry.

Among other things, it will see the Jamaica Tourist Board presenting the Marcia Vickery-Wallace Award for excellence in travel journalism, and the Marcella Martinez Memorial Award.

During Caribbean Week, being celebrated from June 3 to 8, a wellness theme will be incorporated into the activities, including a trade show and educational forum for travel agents on how to sell the Caribbean as a wellness destination.