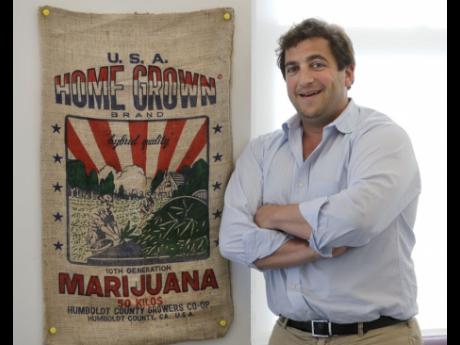 PORTLAND, Oregon. (AP) — Green Thumb Industries had a business plan, expertise and plenty of ambition to grow its marijuana business.

What the Chicago-based company didn’t have was access to enough capital to make it all happen.

So last month, the company with $20 million in revenue from pot shops in seven states turned its gaze north and went public in Canada, where marijuana soon will be broadly legalised nationwide.

The Canadian Securities Exchange is quickly becoming the go-to place for U.S. cannabis companies orphaned by their own stock exchanges because the U.S. government still considers marijuana an illegal drug.

Green Thumb took over a publicly traded Canadian company, added an “Inc.” to its name and went public.

The company raised $67 million U.S. dollars, money that will allow Green Thumb to get licenses in new states and open more retail stores across America.

In recent months, prominent U.S. pot companies including MedMen, Liberty Health Care, and Chalice Farms have listed on the Canadian Securities Exchange, raising capital and drawing attention from wealthy investors in Asia, Europe and Australia who want to make a play in the cannabis industry but are spooked by the U.S. federal prohibition.

Many more U.S. marijuana companies are lined up to join them as the U.S. industry quickly expands.

Acreage Holdings, one of the United States’ largest vertically integrated cannabis companies, announced Monday it will list on the Canadian Securities Exchange this fall because it’s become the “exchange of choice for U.S. companies like ours.”

Two-thirds of U.S. states now allow medical marijuana, and nine of them and Washington, D.C., have legalised recreational use.

U.S. companies need quick access to money to snap up limited production and retail licenses so they can quickly establish themselves in new markets.