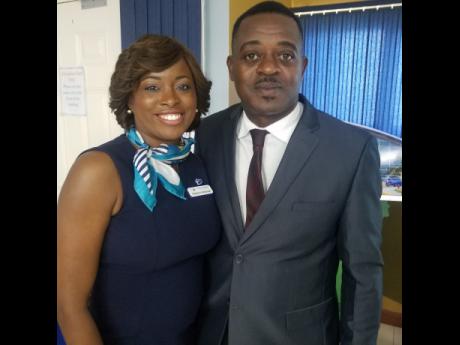 Shamere McKenzie, an ambassador for the National Task Force Against Trafficking in Persons (NATFATIP), who is also a survivor of human trafficking, earlier this week announced that she plans to start a scholarship to assist other survivors in Jamaica.

McKenzie made her ambitious announcement while giving the opening address for the first day of the NATFATIP's Human Trafficking International Conference at the Melia Braco Resort in Rio Bueno, Trelawny.

Although she did not give a monetary value for the intended scholarship, she said it will be launched in partnership with the Lasco Chin Foundation later this year.

"I will be partnering with the Lasco Chin Foundation to have a Shamere McKenzie Scholarship here in Jamaica. It is designed for victims of human trafficking and child sexual abuse," said McKenzie. "It is still in the preparation stage. I will be using my own money for this scholarship."

McKenzie, who described herself as being blessed in many ways, said she feels an obligation to give back to protect the interest of other victims.

"I believe we are blessed in many ways, and we have to give back to our community. I am going to do everything in my power to ensure that there is justice for victims and there is change happening around the world when we talk about human trafficking," she said. "I am doing my part, and I charge all of you to do your part."

The two-day conference on human trafficking, which is the first of its kind in the Caribbean, featured dignitaries from various countries discussing a number of topics relating to human trafficking. The topics included links with social media and the psychology of victims.

The Global Slavery Index of 2018 recently estimated that the world's slave population is over 40 million persons. It is also estimated that sexual exploitation makes up 79 per cent of human trafficking cases, followed by forced labour, which is at 18 per cent.