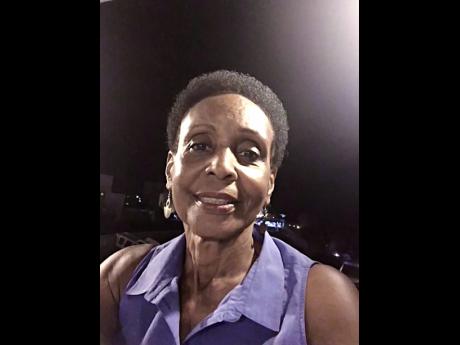 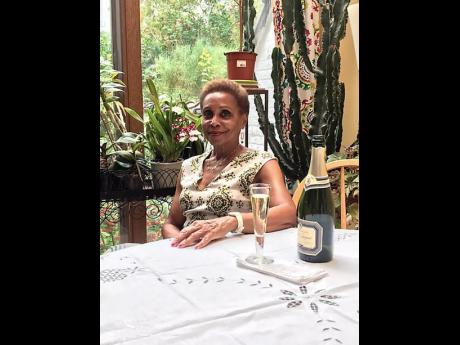 Contributed
After more than 44 years of living overseas, Annie Rose Kitchin has now retired in Jamaica, making the most of this vibrant, beautiful country. 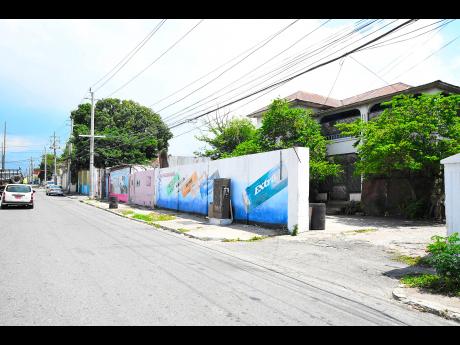 While living abroad for more than 44 years, Annie Rose Kitchin remained proudly, unmistakably and unapologetically Jamaican to the core.

But at 71, having travelled the world over for many years, she is now deliriously happy back in Jamaica, enjoying her retirement in the land where her 'navel string' was cut.

Annie's umbilical cord was severed at Barton Court, a private hospital then at the corner of Cecilio Avenue and Half-Way Tree Road in St Andrew.

She grew up on Brentford Road, which then cradled magnificent houses with beautifully manicured gardens, uniformed domestic helpers and many retired British colonial officers who lived there. The Kitchin family was, in the late 1940s, the only black family on the Brentford block.

"My siblings and I were all athletic, tearing around our property at top speed, climbing trees, sneaking out to splash around in heavy rain, enjoying adventures," said Annie.

"There was no TV so we entertained ourselves by reading; making up plays which we then acted out in the living room, in costumes which we put together ourselves and make-up which we scrounged from our mother's cosmetics. We also got up to a great deal of mischief, playing pranks on the adults and often getting properly punished as a result," she added.

A few years later she moved to St Hugh's High School for Girls, where she was greatly influenced by the arrival of a new visionary principal to the school, Inez Carnegie, who taught the girls that all shades of skin colour were beautiful, and that there were no limits to achievement.

Annie also credits Carnegie with transforming the school into a cocoon of academic excellence. Another powerful influence for Annie at St Hugh's was her English teacher Cynthia Morris, the wife of Jamaican poet laureate Mervin Morris.

"Cynthia was Jamaican, a bright and beautiful black woman, fresh from her studies in England. She was able to comfortably glide from Jamaican Creole to Oxford English. She motivated us and made English come alive while bringing out the beauty of the Jamaican language," said Annie.

She made regular visits to the island two or three times a year. Her visits were not for north coast beach vacations but to repair the roof of the family home, to sort out tax office matters, to stock up on supermarket shopping and to take care of business for her mother and her aunt who were still living in Jamaica.

Fast-forward to 2018 and Annie is now happy to be back in Jamaica, having returned home two years ago.

Like many others who move back, she is mesmerised by the beauty of the island. But she has an even greater love for the people of Jamaica. The way they greet each other and the way that people look out for each other most of the time.

"I love, too, the combination of lively social and cultural life and the laid-back approach. The way some areas of life are fast-paced and other areas slow. And I cherish the feeling of belonging, the sense I have that I know who everybody is once I have met them.

"I can still read people quickly with accuracy here, but overseas it is a more difficult task even if you've been there for many years. Often we lose sight of just how great Jamaicans can be because we constantly focus on the criminals," added Annie.

But even in her perfect island there are hurdles, and as a returned resident she has her challenges to face.

"One thing is the excessive, overbearing, self-satisfied, judgemental religiosity which seems to have overtaken the country.

"Jamaica was not like this when I was growing up, and I think that the influence of the evangelicals has been an absolute disaster for the country, even affecting the more established churches to their detriment," she charged.

"There is a general lack of tolerance, compassion, 'Christian love', and a tendency to condemn and reject all those who do not adhere strictly to one's own creed with an inability and unwillingness to empathise and understand others.

"All this is accompanied by a refusal to use one's brain, judgement and common sense, and a preference for being guided by whatever lunacy one's pastor advocates, however absurd," Annie told The Sunday Gleaner.

"Also, I will not tolerate bureaucratic incompetence, especially when it is coming from people who are being paid by my tax dollar," she quipped.

Annie is also concerned about crime, the seeming recklessness of some members of the police force, the disregard of public servants to abide by rules, and the decision by the Government to use a section of the National Heroes Park to house a new parliament building.

She is worried, too, about the lack of cleanliness in some areas and no longer goes to Papine Market, a spot she once loved, because of the appalling state of the facility.

But despite the challenges, Annie is a fierce defender of her homeland and she is eager to point out that many of her colleagues and friends have already relocated to the island, some on a part-time basis, and others, like her, are here permanently.

"Despite the faults Jamaica is where some of us want to be, and we don't spend our time in fear and dread, but we make the most of this vibrant, beautiful country. Despite my adventures around the world, Jamaica still makes me feel like the same little girl living a simple life among the trees and flowers and mountains on a tropical island, just as I did in the 1940s and 1950s when I was growing up here," said Annie.