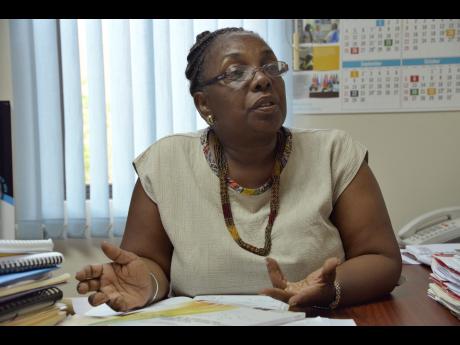 Dr Leith Dunn, head of the Institute of Gender and Development Studies at the University of the West Indies (UWI), Mona, has described as a backward step the moves by the university and the People's National Party (PNP) to exclude women from top leadership roles in both entities.

According to Dunn, the UWI could have done more to include women in the new group of deans who were recently assigned.

The PNP also elected four male vice-presidents in an election which took place during the party's celebration of its 80th anniversary.

In endorsing the 'Win-Win: Gender Equality Means Good Business' programme which was launched at a seminar last week, the senior university lecturer said programmes that are implemented should focus on issues of inequality.

"We also recognise that there is vertical and horizontal inequality as we think about the sustainable development goals. As we try to promote the Win-Win programme we need to recognise these inequalities still persist," said Dunn.

"It means, for example, that there are glass ceilings. Even at my own university, we have just had another round of deans and we do not have any female deans at the university.

"The People's National Party just had a contest for vice-presidents and I think we are stepping backwards. It means that a lot more work has to be done in getting leadership at the highest level," added Dunn.

She argued that more should be done to ensure that gender issues are not excluded as the society strives to achieve the sustainable development goals.

According to Dunn, a lot of work has been done to endorse equality but more should be done to reduce what has been a persistent gender division of labour.

"I want to underscore the fact that gender is a cross-cutting issue for all the sustainable development goals. When I look at Goal One, for example, that deals with poverty, we know that the gender disparities with poverty will actually impact on how women take up entrepreneurial opportunities that are there," she said.