Steve Lyston | The emasculating of our men 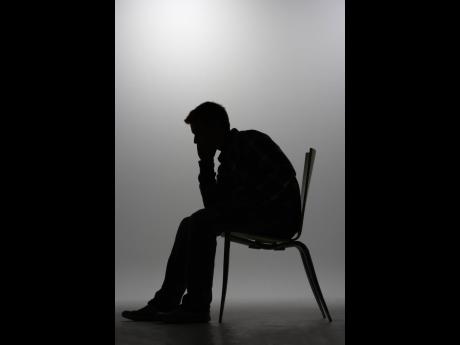 There is a war on the family and particularly on our men. This war is about destroying the traditional family.

There are many things set up within society to demolish our men. The prisons are filled with our men. Crime and violence have engulfed our men and now suicide wants to rob us of our men.

When the men are out of position, then the children become the targets of rapes and murders. When the head is successfully removed from the body, then everything dies. For the family when the head is removed, it means the wife and children suffer.

Billions of dollars are being spent to destroy our men and it all starts from the beginning of creation. The Devil has always been working through the women to bring down the men, and that is why God had to turn some things around. The enemy wanted to use women to bring men down, so He, in turn, allowed women to be the vessels through which the Deliverer came. Our men must understand spiritual warfare and know that it is real. When men commit a crime there is no outcry to defend the them. However, when women commit a crime, many rise up in an outcry about the injustices against women, ready to declare the woman innocent and the men guilty.

They become the judge and jury on assumptions. Some men are abandoning their families for other women, yet everyone keeps silent on that issue. Crime has no gender or colour.

Some are hurt and abused, while many in society want to change the function and definition of what God has created to be.

There are negative things happening globally, and those things have come about because the men were being emasculated for many years and have generally become weak.

Everything that God has created and put in order always comes up against a fight to bring it all out of order to weaken it. So, God has created men to lead the family, be the pillars of society and to establish order within the society. They are the ones to carry out discipline. They are the head, not the neck!

The enemy has formulated and executed plans against the men to frustrate and weaken them sexually, to distract them from their true purpose, goals and authority. The enemy has been trimming the men like he did to Samson, through Delilah.

The eyes are the gates to the soul, and when there is no Light in the ‘eye gates’, then the whole body suffers.

It is time for our men to get up from Delilah’s lap; male politicians, pastors, CEOs – they have become blind and are now a part of the very thing/system that emasculates them. Many good women are crying today because their men are in the bed of adultery. The money that is supposed to take care of the family has been redirected to Delilah and Jezebel – but their tears are not in vain.

The environment changes when real men pray! Men who are faithful to God and to their wives, who stand up for righteousness, lead from the front and are not yes men; those men who are determined to be the prophet, priest and kings of their households, standing in the gap for their community and nation.

Steve Lyston is a biblical economics consultant and author of several books, including ‘End Time Finance’ and ‘The New Millionaire’.