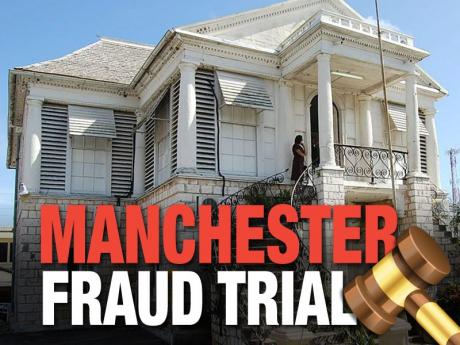 The eighth witness in the Manchester Municipal Corporation (MMC) multi-million dollar fraud trial today revealed that she encashed over 40 cheques, some in excess of $400,000, and turned over the monies as she was instructed.

The witness, whose identity is being withheld, told the court that between 2013 and 2014, she met the accused former deputy Superintendent of Roads and Works Sanjay Elliot at the gym.

She revealed that he asked for her full name and Tax Registration Number (TRN) with a promise to get her a job while taking her home from the gym one evening.

According to her revelations, the job that would involve "contractor work, beautification etc" never came.

But the witness said she was called on more than 40 occasions and informed that her cheques were ready to be picked up for encashment.

The witness revealed that the parish council cheques in total could have been approximately $15 million, with the lowest being $10,000 and the highest being $490,000.

"Everytime a cheque is ready Sanjay would call me to pick it up?" she recalled during her testimony.

She said she would then encash them at a popular financial institution, at either of its two branches, call Elliott for him, the co -accussed Dwyane Sibbles or two other men, to pick-up the cash.

The witness said she would sometimes encash these cheques a day apart and never questioned why she was being asked to do so.

When the prosecution presented the witness with two MMC contractor invoices for work done at the council, she confirmed seeing her name and TRN but stated they did not bear her signature or the one that she placed there.