Hanna chides gov't over handling of mistreated, incarcerated fishermen by US Coast Guards 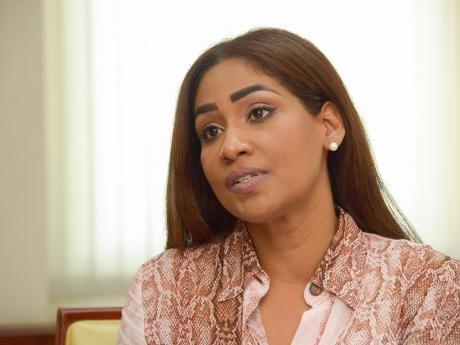 Opposition spokesperson on Foreign Affairs and Foreign Trade, Lisa Hanna, is taking the Government to task over its handling of the alleged mistreatment and incarceration of local fishermen by United States Coast Guards.

Hanna is insisting that Foreign Affairs Minister Kamina Johnson Smith provide the country with a detailed explanation of the government's role in facilitating the actions of the United States Government in incarcerating the five Jamaican fishermen in Haitian waters before taking them to the US mainland.

In a statement today, Hanna said the information reveals a serious dereliction of duty by both the ministers of Foreign Affairs and Foreign Trade and National Security, based on the provisions of Section 20 of the Maritime Drug Trafficking (Suppression) Act.

She is adamant that the nation must be told if due process was followed in granting the waiver for the apprehension and detention, and subsequent inhumane treatment of the Jamaican fishermen:

“The public must be told if the Minister of National Security was involved in the decision, which allowed the US Coast Guard to arrest and mistreat the Jamaicans and whether or not the Shiprider Agreement was properly followed,” Hanna charged.

Importantly, the shadow foreign affairs minister said both Johnson Smith and Chang must provide details of the waiver of Jamaica’s right to exercise jurisdiction and authorisation of the treaty state to enforce its laws against its nationals.

Hanna said she did not believe the claim by the Government that they were unaware of their incarceration and treatment.

“Questions by Senator K.D. Knight on the Shiprider Agreement were met with ignorance only for the government now to admit that a waiver was in fact granted,” she said.

She said a waiver ought not to have been granted without the knowledge and involvement of the ministers of National Security and Foreign Affairs.