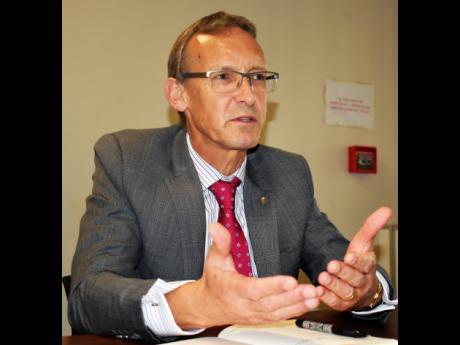 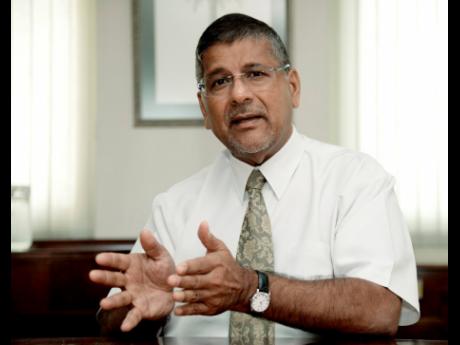 Stephen Harris is a man on a very urgent mission and when he flew into the island on Thursday for a two-day visit, he sat down with The Sunday Gleaner at the New Kingston offices of the British High Commission to bring us up to date on his mandate.

He is tasked with visiting the most vulnerable countries in the 53-member Commonwealth of Nations, 31 of which are small island developing states (SIDS) with budding economies threatened by plastic pollution.

A Special Representative to the Commonwealth Clean Ocean Alliance (CCOA) on secondment to the United Kingdom’s Department for Environment, Food and Rural Affairs, from Welliington, New Zealand, Harris is on a fast learning curve. By Thursday he had met with one key stakeholder and was gearing up for other meetings.

“My particular focus is plastic pollution in the ocean, so part of my mission is to save the ocean. The scope is the countries of the Commonwealth but, of course, they are not all coastal countries and within those 53, 31 are small island developing states; they are the ones where things which are harming the maritime environment are accelerating,” he shared.

“We need to at least take urgent action with the most vulnerable because they have maritime demands which vastly exceed the land space over which they are responsible and on which they are dependent as well.”

In addition, Harris explained, these are countries with very little in terms of resources to invest in infrastructure and some have particular challenges of geographical dispersal, meaning that they are spread over several islands, making them land-poor but sea-rich, and with that maritime wealth does come a few headaches.

Which brings us to the reason for his visit to Jamaica.

“The Commonwealth Clean Ocean Alliance is trying to convince as many countries as possible to sign a series of commitments as a sort of entry to membership. The commitments are not onerous; Jamaica, with its single-use plastic bag ban, has sort of met the price of entry but is not a member. So I would like to talk to people about what the benefits are of joining this club, and the more countries join up, the more forceful the voices will be in advocating certain measures,” he said.

Some 27 Pacific islands have already joined CCOA, which is more than half of the Commonwealth membership.

Harris sees the proliferation of plastic in the ocean as an environmental symptom of a failing economic approach, where the model has broken down on land and the sea is reaping the negative impacts.

Effecting the behaviour changes that will be absolutely necessary to reverse and stop this pollution must be rooted in community-based common-sense programmes, he noted.

“By the time I leave here, I hope to have a stronger understanding of some of the factors specific to Jamaica that may account for the problem and may shine a light on the potential solutions. It’s got to be home grown, it’s got to be something that Jamaicans embrace and take for themselves. I don’t come with a cheque book but the best thing that I can do is to put people in touch with each other. I think knowledge transfer is actually the cheapest way but it’s not the easiest one,” he said.

“Everyone wants to do the right thing but consumers get very confused about the difference among those seven broad types of plastic. They don’t know; they see recyclable, non-recyclable, compostable, bio-degradable, and so on. I think for me, the most important thing is to make sure that there is consistent, well-grounded and useful information out there in the public.”

Harris is convinced that if a government, company or community wants it members, citizens or customers to do the right thing, it has to provide them with straight forward, accurate information.

Across the Commonwealth region, failure to enforce the laws is a common thread, Harris disclosed.

“So the laws are in place but they are not being enforced and therefore you see a lot of the stuff blowing or washing around the environment. And it goes into the air and is poisonous. There is a lot of money in solutions but those solutions need to stand up to increasingly rigorous tests,” he said.

“For the information gathered in Jamaica, I will be reporting back to the department of Rural Affairs in London, and it will help to inform our picture of what is going on country by country across the region. If Jamaica were to become a member of the Commonwealth Clean Ocean Alliance, we would have a basis to have a more tangible conversation with them, because under the CCOA, we also have ten million pounds for what’s called the Technical Assistance Facility and that will be spent on developing programmes with individual countries and developing partnership with eligible countries. Jamaica is one of those but until a country joins CCOA, it’s not eligible for the Technical Assistance Fund.”

British High Commissioner to Jamaica, Asif Ahmad, painted a damning picture of what really lies beneath the seemingly pristine waters of the ocean.

“Beneath the travel brochure photos of our blue seas lies the dark horror of what we have done to the marine environment. Untreated sewage, plastic tailings from mines, toxic waste from ships, damage to coral life and overfishing are degrading the oceans to a point of no return. Climate change will turn our blue planet into a cauldron that will overwhelm not just marine life but also the coastal regions of the world,” said Ahmad.

He believes that every individual at home, at work or on their travels is responsible for the state of the oceans, because 80 per cent of marine pollution comes from the land. Having seen the proliferation of the problem in Britain, despite strict laws, he believes that this should serve as a wake-up call for Jamaica.

“In the UK, despite the action on waste management and strict environmental law enforcement, we now have micro-plastics in our lakes, rivers and water supply reservoirs that have been tested. We will need to rethink the way in which plastic has infiltrated things we use every day, including our clothes,” the High Commissioner shared.

“In Jamaica, the decision to ban scandal bags was a good start. The challenge is what to do with waste that is just dumped on open land or gullies. Technology can help to turn waste to energy. There are biodegradable substitutes for single-use plastic items. These important messages are at the heart of the Commonwealth Blue Charter where like-minded countries are calling for action. We want Jamaica to be at the forefront of this vital initiative.”