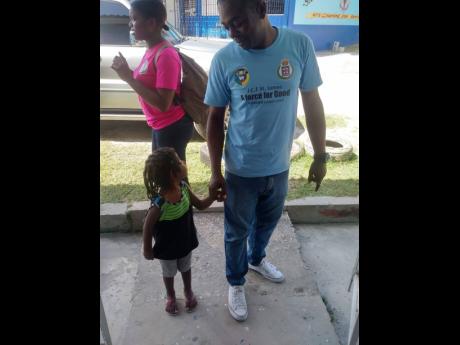 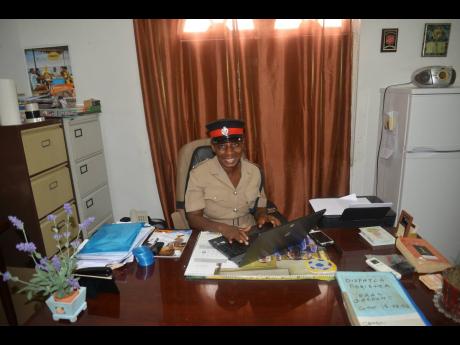 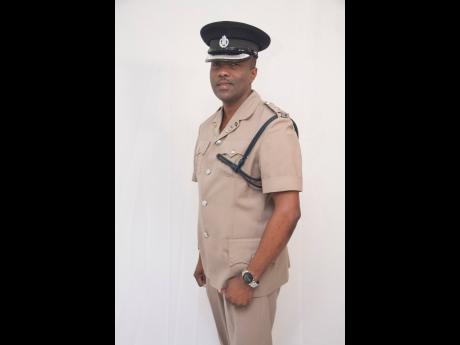 A year ago, the tears that once regularly flowed in the Salt Spring community in St James were primarily as a result of residents mourning the death of a relative or friend, who had perished at the hands of marauding gunmen that had the community under siege.

Tears are once again flowing in the neighbourhood, but this time around, it is tears of joy.

Residents are now revelling in the success of the ambitious social-intervention programmes that the St James police have initiated to transform the community and its inhabitants. The initiative, which started earlier this year with a feeding programme for basic, infant and primary school children, has expanded into a major summer project, which has attracted over 120 youngsters.

“I have seen people cry tears like they are at a funeral over the impact that the initiative has been having on the community,” said Superintendent Vernon Ellis, the commanding officer of the St James Police Division. “We believe we are on to something that will ultimately transform the community and the lives of the residents.”

Inspector Yvonne Whyte-Powell, who is coordinating the project, was flushed with pride as she told The Sunday Gleaner about the success of both the feeding and summer programmes, which have been embraced by the community and enjoying support from corporate Jamaica and key agencies such as the Citizen Security and Justice Programme (CSJP) and the Planning Institute of Jamaica (PIOJ).

“While most social-intervention programmes target persons between the ages of 17 and 29, we believe that that is a little late to change behaviour, so we started our programme at the infant, basic and primary school level, the age six to 12 stage, which is where behaviour is formed,” said Whyte-Powell.

According to the inspector, on realising that the eight-week summer holiday could break the momentum the initiative had created, a decision was taken to do a summer camp, which has an extended feeding programme that included lunch alongside breakfast.

“The programme is not just about feeding the children with physical food, we are also teaching them other skills to include social grace, nutrition, behavior and discipline,” said the coordinator. “We are extremely pleased with the support we are getting. We have persons from community groups coming in to volunteer. It is a case of total integration as we are all working together for the betterment of the community.”

WORTH EVERY SINGLE CENT

One critical component of the overall programme is to broaden the horizon of the children by taking them out on field trips to experience life outside of their community.

“One of our road trips took the children to the Rose Hall Great House, which was quite an experience for them, they enjoyed it a lot. On our way back, we took them to Whitter Village and spent an extended period. We took them to the KFC outlet and other places. They were all quite happy,” the coordinator said.

While noting that the overall project is a multimillion-dollar expenditure, Superintendent Ellis said it is worth every single cent, based on the transformation that is now taking place in the community, which was once the most feared area in the parish.

“Some of the children have become so close to the police that I don’t know how we are going to separate them when the camp ends,” said Ellis. “There is a particular officer from the community safety department, if he is absent from the camp for one day, the children cry.”

According to Whyte-Powell, unlike in the past when residents, including the children, would basically be running away at the first sight of the police, things have changed so dramatically that the residents are now running to greet them.

“We are here daily and there is really no security concern, nothing to fear or worry about,” said the policewoman. “We are seeing a much greater level of tolerance and friendliness; the children are now talking over the things they would fight over in the past. It is quite a refreshing change.”

Inspector hails support from the community

While not slighting the financial support from the Citizen Security and Justice Programme (CSJP) and the Planning Institute of Jamaica (PIOJ), Inspector Yvonne Whyte-Powell said she was particularly happy with the response from the Salt Spring community in St. James for the social-intervention programmes that the St. James police have initiated to transform the community and its residents.

“CSJP and the PIOJ are the primary funders of the programmes and we also get good support from corporate Jamaica. For events like the visit to the Rose Hall Great House, the cost was absorbed by the Rose Hall Great House Foundation,” said Whyte-Powell. “However, we must single out the support of the community, especially the young men, who come out daily to assist us with the children. Having 120 children is quite a lot for the police to handle on their own so we really appreciate their help and support.”

When the summer project – which will feature a sports day on Wednesday and a graduation ceremony two days later – comes to an end, the police will not only be returning to the initial breakfast programme, which has caused significant improvement in school attendance in the community, but plans are also afoot to establish a homework initiative and a police youth club.

Two of the major legacy projects that evolve from the summer camp will be the establishment of a garden in a dumpsite in front of the Salt Spring Primary School and the erection of three water tanks between the primary school and the basic school to address water concerns, which sometimes affect school attendance.

“We are particularly keen about establishing the garden in front of the school. We will be getting the assistance of the National Solid Waste Management Authority to move the garbage, so instead of having these old fridges and other things in that area, we will be having an aesthetically pleasing space for the children,” said Whyte-Powell.