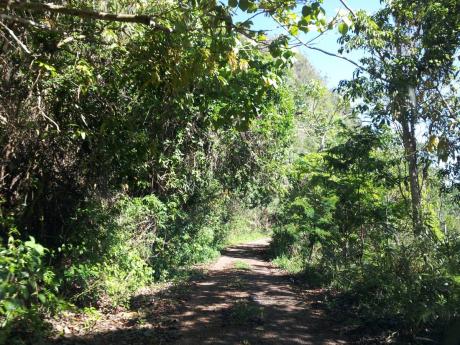 File
A section of the Cockpit Country.

Almost three weeks after Prime Minister Andrew Holness assured the country that the requisite environmental impact assessment (EIA) had been done for the Cockpit Country, the National Planning and Environment Agency (NEPA) has determined that the document in question is flawed.

The NEPA, in a release on Tuesday, advised that “in light of the intense public interest concerning the status of the mandated EIA report for the proposed mining operations for Special Mining Lease (SML) 173 in St Ann and Trelawny by Noranda Jamaica Bauxite Partners II, the NEPA wishes to advise the public that a draft EIA report was received from the consultants – Conrad Douglas and Associates Limited during July 2019.

“The preliminary review of the report is under way, specifically to gauge its compliance with the agreed terms of reference (ToR) jointly developed by the critical agencies of the government, namely NEPA, the Forestry Department, the Jamaica National Heritage Trust, the Water Resources Authority, and the Ministry of Economic Growth and Job Creation, and the consultants.

“The NEPA has determined that the ToR has not been properly complied with, and as such, the EIA report is not ready for the widest circulation. Additionally, further public consultation has been mandated.”

The NEPA further advises: “An EIA is conducted at the early stage of a development project as a multi- disciplinary tool and approach to determine feasibility and impact of the project on the environment. It is completed based on a prepared ToR with specific factors, including, but not limited to, the level of technology employed in the operation of the project. It takes into consideration any environmental consequences, both beneficial and adverse, and the possible solutions to mitigate said adverse impacts. EIAs may include an archaeological impact assessment (AIA) to assess the potential impact on material archaeological and cultural heritage in the environment.

“Section 10 of the NRCA (Natural Resources Conservation Authority) Act provides that the NRCA may require an EIA. There is a clear and transparent process that guides the determination of whether or not an EIA is required.”

Holness, speaking on the matter in his keynote address at the Denbigh Agricultural, Industrial and Food Show, said: “We hear the cries of the people about the preservation of those areas, and that is why we have said before there can’t be any contemplation of anything such as mining or any environmentally damaging practices. Those things must thoroughly be studied, and there is now a process, which I gather has now been completed, for the conduct of an environmental impact assessment, and that will come to us.”