Why I believe in God – Part II 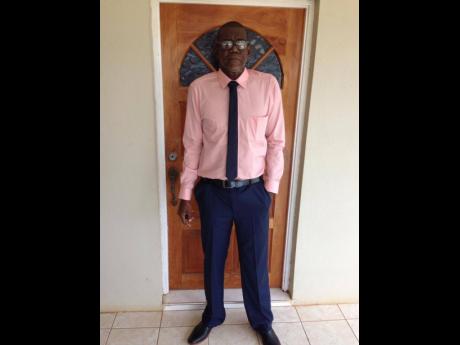 Reminiscing on the events that sparked his belief in God, Winston Creary, who found out he had end-stage renal disease two years ago, gave details of the dreadful night he was supposedly marked for death.

That is, as he explained last week, before his caretaker, Rose, petitioned the throne on his behalf, changing the script of his life.

To bring you up to speed, health was on the brink of deterioration, unbeknown to him, and his Christian caretaker had somehow sensed death in his room and interceded to God for his salvation early one morning. Creary was an unbeliever at the time.

Later that day, when she had gone on the road and Creary was left alone at his home, his condition started to get worse.

“I remember falling off the bed (I was at the edge because I was vomiting incessantly) and having to remain on the floor because I couldn’t find the strength to get up. I was alone, and I knew Rose wouldn’t be back till hours later. I lay there on the floor and cried. Then I heard the gate being opened and heard a voice outside my bedroom window calling me.

“It was my young nephew, Everton, who had decided to pass through and check up on me. Quickly, he entered and hoisted me up off the floor and on to my bed. He had brought a health drink for me, and I tried to drink it, but vomited up everything.

“After spending about half hour with me, he said he had to go, and he left me alone again,” Creary shared, adding that he realised that he was in serious trouble as his condition continued to worsen.

The vomiting intensified, the itching all over his body because of the excessive accumulation of toxins in his blood got more severe, the frightening muscle spasms were becoming more frequent, and the shortness of breath was getting unbearable.

“I felt death approaching, and I picked up my phone and called one of my brothers. Thank God he came in about 20 minutes. I couldn’t move, so he and a friend struggled to lift me up and drag me to the car. My feet were stiff. Lifeless.

“When I arrived at UWI Hospital, and they wheeled me into the accident and emergency room, I was half dead.

“Soon afterwards, several doctors surrounded me and began to examine me. A blood test was quickly done and the results showed incredibly high levels of toxins that should have killed me long ago. Hundreds of times higher than normal! My blood count, which should normally be at 14, was down to 4! Clinically, I was already dead! The doctors told me to sign a permission document so they could give me blood transfusions. I was hesitant at first because I’ve always been afraid of getting contaminated blood, but Rose squeezed my hand and assured me that I’d be okay. I gripped her hand tightly and said, ‘Rose, please don’t leave me’,” Creary remembered those being his final words before his eyes rolled over and he lost consciousness.

Lucky to be alive

Continuing on the details of what many described as the night he died, Creary said: “The next morning, the doctor who was assigned to me, Dr André Williams, came to me and asked me if I knew how lucky I was to be alive. He said after I lost consciousness, he rushed me to the dialysis unit and proceeded to surgically insert a catheter in my leg, up near my groin, to administer emergency dialysis. But my body couldn’t endure it, so I literally passed away.

“My heart and breathing stopped! Everybody panicked. After frantic attempts to revive me failed, the doctor was about to give up and pronounce me dead when suddenly, I gasped and started breathing again.”

Creary told Family & Religion that the story was confirmed by the technicians’ stares of disbelief when he went back to the dialysis unit the next day.

According to him, “They, too, asked me if I knew how lucky I am to be still among the living. One of them expressed the view that God assigned Dr Williams to me that night. She said he never left my bedside till he was absolutely satisfied that I was going to make it.

“So, after pondering all that, I am now convinced that God has a divine mission that He wants me to accomplish before He takes me home. My purpose here on Earth is yet to be fulfilled. Rose was sent to lead me towards my divine destiny. I’m not sure what exactly awaits me, but I’m eagerly looking forward to doing God’s will.”

Creary gets dialysis twice weekly and each treatment costs $11,000.