Jamaican who fought for frontyard veggie gardens dies in Florida 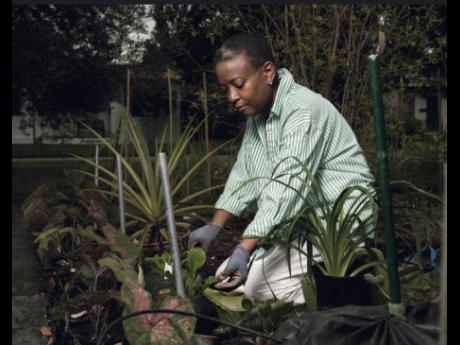 Hermine Ricketts, a Jamaican architect who had a lengthy legal battle that led to a new state law allowing people to grow vegetables in their frontyards without fear of local ordinances in Florida, has died.

She was an outstanding visual arts and science student at Ardenne High School in the 1970s.

After a brief stint at the Bank of Jamaica, her love for art, design and mathematics took her to Howard University on a full scholarship, and later, she became the first Black architect in the city of Miami.

Ricketts’ work has been saluted in The New York Times as well as in other publications across the US, Canada and Australia. And in the late 1990s, she was recognised by Ebony Magazine in their 50th anniversary edition as one of the top 10 female architects in the United States.

But the fight that won her national admiration and acclaim was her challenge to keep the thing she loved the most – her treasured vegetable garden. While most people plant flowers at the front of their homes, Ricketts was creating an overwhelmingly beautiful vegetable garden at the front of hers that either thrilled or irked passers-by.

Some conceded that while Ricketts’ garden was a work of art, it did not follow the decades-old tradition of planting flowers out front. So the Village Council of Miami Shores made determined attempts to have her do away with her slice of Eden or pay a US$50-per-day fine until it was uprooted.

The zoning code was amended to prohibit frontyard vegetable gardens so as to protect “the distinctive character of the neighbourhood”.

“A boat or jet ski, pink flamingos, statues, fountains or Santa in Speedo are allowed, but no vegetables,” a Miami Shores website banner screamed.

The legal battle raged on for a decade, escalating through various courts with appeals to decide if Ricketts had the right to plant what she wanted, where she wanted.

Eventually, she won by fighting to change the Florida state law that allowed for arbitrary injustices through the creation of local government ordinances. Earlier this year, the bill to ban such ordinances was signed into law by Governor Ron DeSantis.

Ricketts was elated with the outcome and on July 2, she and her husband, Tom Carroll, held a ceremonial replanting of the garden to celebrate the victory.

Although she shied away from publicity, her story made national news and gave others hope as they fought injustice.

“She silently blazed paths and she made our family proud in every aspect of her life,” her sister Pam Chin told The Gleaner. “She read and studied everything and she was my reference library when I needed answers.”

“Hermine is an example of what one person can do to fight injustice,” her Miami Shores neighbour Mary Benton told a local Florida newspaper.