Skip to main content
On the Corner with EPOC 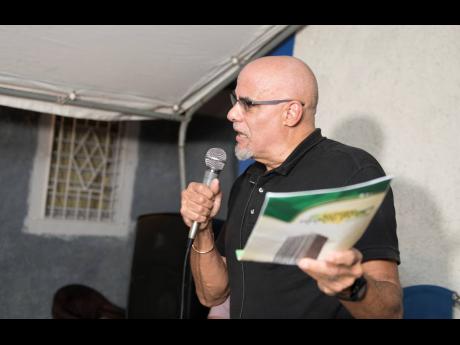 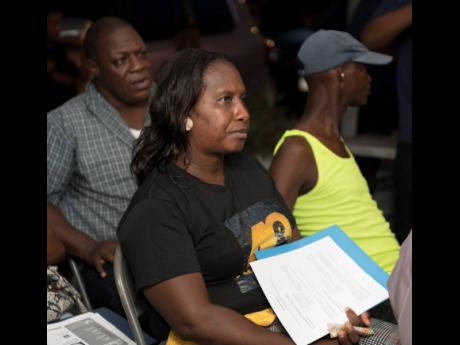 Gladstone Taylor
Residents of Arnett Gardens participate in The Gleaner’s On the Corner with the Economic Programme Oversight Committee last Monday.
1
2

Rave reviews for the Government’s handling of the country’s economic programme, locally and internationally, and commendations from the International Monetary Fund (IMF) aside, chairman of the Economic Programme Oversight Committee (EPOC) Keith Duncan says Jamaica’s economic activities will continue to face scrutiny.

Duncan, who was speaking last week during a Gleaner on the Corner with EPOC in Arnett Gardens, said the economic indicators for the country are positive, and oversight of the committee has contributed greatly to holding Government accountable for its fiduciary activities.

“EPOC has benefited significantly from community interactions such as these. It is from the people, in the many communities that we have gone, that we hear their concerns about what affects them in their spaces,” Duncan said, following the well-attended meeting held at Pelpa’s Bar on Ninth Street in the community last week.

“It makes us more cognisant of how the governance process and government programmes are executed to create the balance and equity that they have spoken about.”

He added: “They are very clear about the issues that are important to them and, more importantly, they want a say in the governance process.”

Duncan told the residents that successive administrations have, since 2013, been fiscally disciplined in negotiating Jamaica through the economic challenges experienced as a result of the economic meltdown in several countries worldwide. Jamaica’s economy has been affected because of its dependence on revenues, especially from the tourism industry which is among the largest earners of United States dollars.

The country, he said, has established and maintained strict economic measures to further consolidate the gains recorded in efforts to resuscitate the economy, which was on life support before the agreement negotiated by then finance minister Dr Peter Phillips in 2013.

The establishment of an independent Fiscal Council, which should become operational by the end of next year, and giving greater autonomy to the Bank of Jamaica (BOJ) through legislation, are measures intended to ensure Jamaica “remains on track”, Duncan said.

For Duncan, who is also the new president of the Private Sector Organisation of Jamaica (PSOJ), the road programme will continue. The success of the programme in holding government accountable for its fiduciary responsibilities has earned him the moniker of ‘Watchman’, and residents of the South St Andrew community applauded him for EPOC’s oversight efforts which see Jamaica being promoted as an economic model for other nation’s to follow.

People in small communities will continue to have a say, Duncan assured.

“We have seen successes from the programme. And we will continue to take it to the communities, because it’s the people’s programme,” he said.

EPOC’s road programme has been to several rural and urban communities in the country.

Residents of Maryland in rural St Andrew, Swallowfield and Red Hills Road; Gregory Park and Portmore in St Catherine, and Longville Park in Clarendon have had their say in previous meetings.

The country’s fiscal performance remains positive and the economic programme is on track, based on the results of select quantitative performance criteria and indicative targets under the IMF’s standby arrangement (SBA) for the first nine months of the 2018-19 fiscal year.

Duncan said economic indicators suggest that the country will be in good stead to manage its affairs after the standby arrangement with the IMF concludes on November 8.

In August, the Government signed a memorandum of understanding with EPOC, extending domestic monitoring of the country’s economic reform programme beyond the end of the SBA.