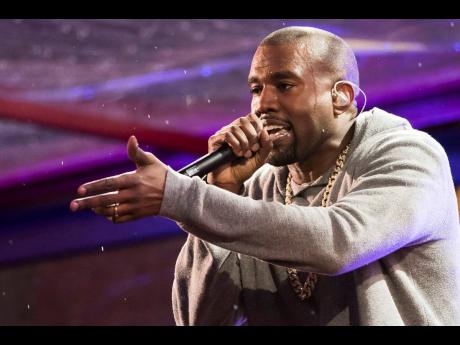 Popular American rapper Kanye West is a minister of the gospel and many people, including Christians, are not sure how to handle that.

The rap artiste and record producer and his recently formed Sunday Service group staged a free concert at the Emancipation Park last Friday, a movement, when announced, was met with much disregard, even from church leaders.

But, pastor of the Fellowship Tabernacle in Portmore, St Catherine, Courtney Morrison, said judgement is usually a good thing to be left up to God.

“Actions are what is seen. Motives are what God weighs in a balance. I understand the scepticism. Persons have seen R. Kelly and other well-known persons take this route only to return to their former ways. Could it be, though, that we have not said to many as Jesus said, “you are at the door’, ” Morrison asked, adding that oftentimes the entrance to salvation is being blocked by those on the inside.

Continuing on his point, he said, “Some may even say they have not confessed Jesus, yet many have confessed and turned as well. Only He that endures to the end shall be saved, so says the Bible.

“We have now seen Justin Beiber declaring salvation; we have seen Chozenn in our own local scenario change from secular to gospel; Junior Tucker and others. Imagine Saul, a Christian-killer, being converted to Paul, embracing Christianity. I wonder if many did not approach his conversion with scepticism as well.”

Touching on what qualifies one to be a minister of the gospel, whether through word or song, Morrison told Family & Religion mentorship and/or discipleship plays an integral role in same.

“What can happen is, if you haven’t gone through the process, then there may be certain shortcomings, failings that may happen and mistakes you wish you never made.

“I firmly believe that regardless of being a minister in word or song – and songs are words put to music – both are in the same category. I remember telling a gospel artiste that he shepherds a church bigger than the one I do. Your [social media] following is so large and therefore you have a responsibility to carry out what you’re carrying out in a manner that aligns with what the Word of God says, not necessarily what people say. Because sometimes we are confused by what I tend to call ‘the roles of a denomination’ as opposed to what scripture says. So, we have to be careful,” he said, adding that even Jesus walked with the disciples for three years, putting them through a process of learning and understanding before He released them to the world.

Morrison, who maintained his position that God is the ultimate judge, said: “If someone comes to me and say the Lord says they are to do this thing, in terms of a spiritual perspective again, I cannot weigh motive. Motive is not mine, actions are what I can speak to, and so I leave that alone.

“Only time can tell based on what has occurred whether the person did what was right, whether it helped others or whether it destroyed others,” he said.