From ‘Trashy Mini’ to Miracle Tabernacle 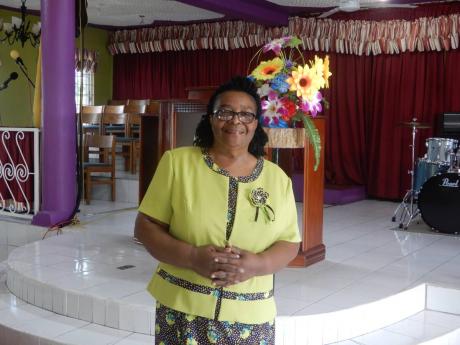 The Miracle Tabernacle Free Town Church of God of Prophecy in Clarendon is a beacon of hope for the communities it serves, including Rose Hall, Sandy Bay, Cockpit, and Bodles.

The church has come a long way from the days when it was a small, bamboo thatched-roof structure many called ‘Trashy Mini’.

Rev Dr Zebulah Aiken, the sixth serving pastor since the church opened its doors in 1937, said the institution has seen several changes over the years and has had impact on many lives.

“We have always believed in going beyond the church doors to meet persons where they are,” Aiken told Family and Religion.

Giving a brief history of the church, Aiken said it all started when an elder from Maxfield Avenue had a revival meeting in Free Town. At that meeting were the Wolfes – Rafael Senior and his wife who became filled with the Holy Spirit.

After going back to her church, the Free Town Baptist Church, she proved to be too ‘fiery’ for their services, and so the couple, who owned lots in Free Town, erected the bamboo structure and set up a church, which officially started with 20 members.

Over the years, Miracle Tabernacle Free Town Church of God of Prophecy transitioned from its humble bamboo structure to a more modern facility, now boasting a membership of almost 400.

Aiken, who has been pastoring the church for over 15 years, said it was a challenge, but it has been a fulfilling journey that has allowed her to interact with members of the community while praying with them and showing them that there is always hope. She said that that has been some of the rewards for her in serving.

“We have both members and visitors coming to the church with all kinds of issues and leaving delivered and completely healed. It seemed fitting that we gave God the glory through the addition of those two powerful words,” she said.

Aiken, who hails from Church Valley in Mocho, Clarendon, and her husband, Virgil Aiken, worked together in ministry until he died in 2013. The couple have five children.

Before answering the call to become a minister of the gospel, Aiken was as a teacher and principal at the Mount Providence Primary School. She decided that ministry was more important and took early retirement to focus solely on it.

She said she still has a lot to give to ministry and is looking forward to touching even more lives as the church carries out its mandate to make a difference in the lives of the people it serves.