You must consider God’s role in your life, warns Christian blogger 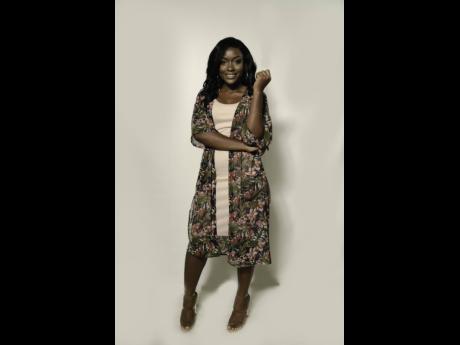 Talks of finding your true purpose and fulfilling your God-given assignment have been permeating the spiritual and social spheres for the past few years.

With the introduction and further popularisation of the various social-media platforms that give people more access to each other’s thoughts and journeys, many have taken heed to the ‘wake up’ calls of motivational speakers who encourage them to desist from living that ‘ordinary’ life and soar to the heights they were called to.

However, this, for many, is risky business. Christian writer Tamalcia Johnson, who operates a blog called ‘The Oracle’, recently shared her views on what seems like a new trend among the young and the somewhat middle-aged.

Some, she observed, have mistaken their ability to perform certain tasks for their actual calling or assignment.

According to her, “Lately, it seems like self-help is the new thing. Motivational speeches and Ted Talks have everybody hyped up on how powerful they are and how much they can do. Many then move out to do courses in various areas. Some quit their jobs to do entrepreneurship full-time, among other things.”

Do some people succeed? “Sure, but some end up in perpetual struggle or just plain failure.”

Did the motivational speakers lie? “No, but ability isn’t purpose.”

Johnson continued with the assurance that being able to do something doesn’t mean you’re actually called to it.

“My issue with this philosophy is this: It doesn’t consider God’s role in our lives. What about His divine will for us? His timing? What about giving Him, and not ourselves, the credit? I’m sorry, but I’m resolute in my stance that we, as humans, are mere facilitators of God’s work in the Earth- vessels – instruments,” she said.

Delving deeper into her point, the Christian blogger shared insight on the difference between those who are called and, as she puts it, those who went.

“People are out here having more faith in themselves as the ‘created’, rather than the Creator, and venturing into areas that simply weren’t willed for them. When one would have been sold on how much money they can make or how much success can come to them, it’s common for impulsive and eager behaviour to follow with little or no guidance. The result?

“Premature access and defeat. I don’t want to release myself. These days, people get a certificate and suddenly, they’re ministers,” she said, adding that maybe the certificate is a part of the preparation, but it doesn’t necessarily mean that one is ready for the platform they desire.

Johnson shared words from Bishop Courtney McLean, who said, “You can know when someone is called to a thing versus who isn’t. The one who isn’t called is usually more eager. The called, on the other hand, knows the blood, sweat, and tears that it’s going to take to complete the task. The called understands the weight of the calling. They’re hesitant, or even plain scared, but they’re willing, and they know that what they’re called to can only be best achieved with and in God.”

For more on the subject and other topical issues, visit ‘The Oracle’ at tamalciaj.com/blog/