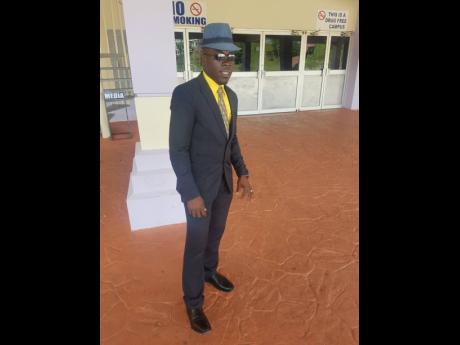 After his brother died, Marvin Pryce knew without a doubt that his life of ­womanising, drinking, and partying had to stop.

But not even that life-changing experience was able to completely and immediately change his mind from the way of the world.

“I had a girlfriend in another church, and while I was planning to get baptised, she told me that her church was going to be having a crusade. I visited and made my decision to follow the Lord all the way.

“Now, coming into the church was not easy for me as I had multiple girlfriends and was a dancer and a lover of the sound system, and it was hard to let go of the girls and dancehall. But I had one objective, though, and that was to live my life for the Lord.”

But his journey was not to be free of ­troubles as Pryce said the temptations began the very night he stepped out of the ­baptismal pool in the church.

“I remember the night I got baptised. I came out of the water and while in the changing room, the girlfriend I had – who I had never been with – decided to celebrate with me by offering me my first kiss. With God’s help, I resisted and said no.”

He continued, “That very night, there was a dance going on in the community not far from my house. So after returning from my baptismal service, I went home, changed my clothes, and made my way to that dance.

“But God is so amazing! I remember standing across the street from where the party was going on and could not go across the street. I stood there for more than an hour until I turned and went home. That night was the last night I had any desire for dancehall and dancehall music.”

Pryce said the first few months as a newly baptised Christian were difficult for him as his mind and body yearned for the things of the world, and only full immersion into the word and spiritual activities helped.

“I can remember going to an elder of the church to seek counsel, and I told him that I was praying and asking God to take away my feelings as I was struggling with self -control. He told me not to ask God to take away something that He gave us for good, but rather to ask Him to give me the power to control it. My desire for spiritual things led me to preaching my first sermon months after becoming a Christian. This marked the beginning of a plan that only God knew. I knew then that this was what God was calling me to do.”

God moved so mightily in Pryce’s life that he was able to begin tertiary studies in religion and theology without even possessing one CXC subject.

“By this time, I was now married with a family. So it wasn’t easy leaving home, but my wife, Kadiann Edwards-Pryce, is indeed a virtuous woman and my main supporter. I think that God placed her in my life so that He may be able to fulfill His will for my life. And today, I am truly grateful to God for her and for what He has been doing in our lives. I believe that God has called us to do a work that He has ordained for only us.

“And more than anything else, I want for people to know God and to know that God created them for a purpose and that He wants to fulfil that purpose in them. I want people to recognise that there is a God who loves and cares for us all. He died to set us free from this sin-cursed world and He is coming back for those who accept His salvation. To all those reading this story, I say to you: be ready, for our Lord is coming.”

With many young people finding Christianity and church attendance boring, Pryce said God should always be lifted up.

“For me, one of the things with people overall when they become a part of the Church is that they believe that God is not into them having fun. Now, when I was out in the world, I was a dancer, and wherever the sound system was in and around the community, I was there. So, I thought that if I was giving my all to the devil, why should I give God any less? So the same level of passion and enthusiasm that was used for evil, I gave to God, and he is using it for good now,” he ended.