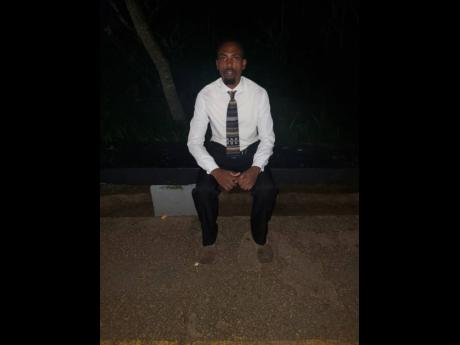 “The most difficult thing for me to do as a Christian is to maintain my sexual purity. Considering where I’m coming from, it is not the easiest thing to do. It is my biggest challenge.”

The candid statement from young minister of religion-in-training, Michael Morris.

Persons in positions of authority, and particularly those whose work require them to be almost infallible in their actions, are sometimes placed on an unrealistic pedestal. Much like all individuals with a weakness, Morris told Family & Religion that he has had his fair share, and overcomes them only through the strength of Almighty God.

“By seeking to participate in activities that occupy my time; reading the word of God; fasting and disciplining myself; bringing my lower passions under subjection to higher reasoning – (that) is how I get over them,” he expressed.

Morris said he used to attend church with his grandmother as a child, and was even told that he would one day be a pastor, but he had no interest.

He later ventured off doing things how he thought he wanted it to be done, but acknowledged that there is something about the work of the Holy Spirit that commands one into action to the furthering of God’s work.

“I was in the field of construction, and my enjoyment was going to the strip club. But, I gradually started losing interest in hanging out and seeking relationships with girls, and started becoming interested in studying. As a student of the HEART Trust and being on the same complex as the Portmore Community College, I frequented the library more than 90 per cent of the students of the Community College. One day I remembered seeing a sign upon coming into the area, marked Waterford SDA Church. The Holy Spirit impressed upon me to go and look for the church.”

Morris said after visiting the church consistently over a period with his friends, he made the decision to give his life back to God.

“I was called from a construction site in 2010 by a pastor to do Bible work. He asked me if I would study to be a minister, but I told him I cannot preach, and he told me he could not either. I did not give it any serious thought. I did not quite feel the passion to go in that direction. But being a part of the church, I started listening to sermons: I began loving preaching more, and felt impressed to study. I was discouraged and told to do medicine because I am brilliant, but I did not have a passion to go in that direction.”

He continued, “At the time, I did not have the necessary subjects to start. I acquired over a period, all while also trying out for the army and the police force. But God so had it that I would enrol in the Northern Caribbean University. I asked two pastors what they thought about the force: one told me it is corrupt but I can make a difference; the other encouraged me to become a pastor and arrest not criminals, but souls for Jesus. I did not know where the money would come from, but I stepped out in faith.”

As a young pastor, Morris said his sole goal is to encourage individuals to be zealous for God, and deny the devil.

“I want more than anything for people to be on fire for God. Not just a profession of godliness, but one that is demonstrated in the actions. I want for people to love God with all their hearts, which is actually our first and dearest obligation, according to Jesus. And second, love people just the way they love themselves. This is the essence of living righteously,” he ended.