Farm road contracts to be restructured 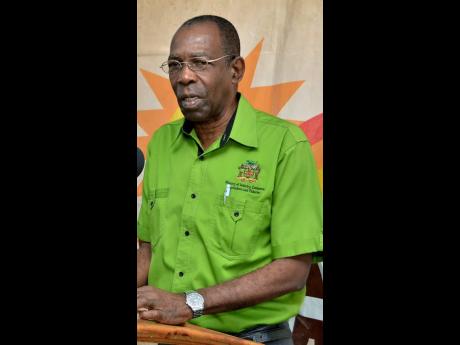 Minister without portfolio in the Ministry of Industry, Commerce, Agriculture and Fisheries, J.C. Hutchinson has given the assurance that the farm road contract process is being restructured to bring the required transparency and accountability which was found lacking in the latest performance audit conducted by the auditor general.

Hutchinson told a quarterly press briefing at the ministry’s Hope Gardens headquarters in St Andrew on Thursday that contrary to reports by the parliamentary Opposition People’s National Party (PNP), some $1.8 billion had been spent on farm roads across the island over four years.

However, he admitted that checks conducted following concerns raised by the auditor general, as well as feedback from farmers, had found some that some of the issues related to quality control were valid.

“We have been finding out that the quality of the roads is not up to standard. We have found that in some instances the roads have been done on some hills and there is no drainage that has been put in and so forth,” he told the press conference.

Hutchinson had, in fact, admitted to some level of corruption during his Budget presentation in July, details of which he shared with farmers at the Denbigh Showground in Clarendon the following day.

Hutchinson, who has portfolio for the Rural Agricultural Development Authority (RADA), explained that the four engineers employed by the agency were overworked, a situation he would be looking to address by way of a memorandum of understanding, with all the municipal corporations across the island.

“RADA will then be able to do the tendering, the procurement, and get it out to the contractor. Once that is done, the municipal corporation then oversees the work that is being done by the contractor,” Hutchinson said.

Meanwhile, the Ministry of Industry, Commerce, Agriculture and Fisheries declared that the Government remains committed to play its role in rightsizing the ailing sugar industry and will provide $200 million to transport sugar cane to the Worthy Park and Appleton estates for grinding.

That commitment, Hutchinson said, was based on the reality that sugar is still a vital part of the socio-economic infrastructure of Jamaica.