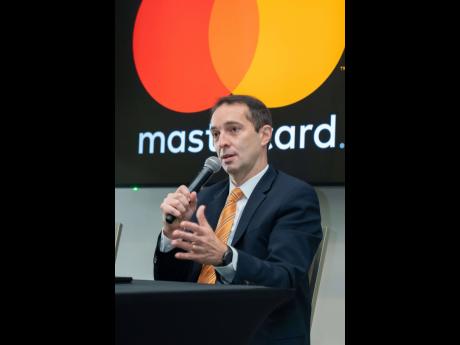 Mobile Money has long been touted as the solution to bringing more persons into the formal financial system. For example, it can provide persons who are unable to qualify for a credit card, but who have access to a cell phone with access to banking services.

Players have attempted to provide this kind of access in the local market but have had to exit due to disappointing subscriptions. However, Marcelo Tangioni, president of the Caribbean Division at Mastercard, said he has high hopes for his product.

“With the prepaid card, you don’t even need a banking account. So for LAC (Latin America and the Caribbean) markets, this is very common. The level of banking penetration of our markets is not necessarily very high, and even for the ones that are banked, sometimes the person doesn’t qualify for a line of credit. For the ones that do not have a relationship with the bank, then, how do we address that problem?”

He said that a prepaid solution can address the problem.

“I believe it’s a very powerful solution for our markets because, again, it’s a very simplified way in order to give people access to shopping online, to make safer payments, not necessarily having to keep money under the mattress, without necessarily becoming customer of a bank. Eventually, hopefully, one day they will enter the financial system, but I think as an entry-level product, it’s an industry solution,” said Tangioni, who was speaking to The Sunday Gleaner at its annual Innovation Forum for Latin America and the Caribbean (LAC), in Miami Beach, Florida, recently.

The MyCash Jamaica, described as a physical and also a digital prepaid solution is in collaboration with Digicel and Sagicor Bank. It touts making customers’ lives easier as all one needs to do is download the app, complete the registration form, and submit a form of identification to collect one’s prepaid Mastercard. The card can be used to collect remittances, pay at point-of-sale terminals, and shop online.

The card can be used anywhere in the world that Mastercard is accepted. Tangioni was not able to say how many persons have been showing interest in the new product.

“We cannot share exactly the numbers because we have [to consult with] other partners in order to do that, but for now, the pilot was extremely successful in terms of pointing out the things that we needed to do. So there were a couple fixes that we needed to do, but those have already been made ... and now is the time that we are really going to start rolling out.

“So far, it’s all going according to plan. [It’s] too soon to say we are successful, because, again, we are on pilot phase now. We need to scale, but based on the expectations that we had, it’s working extremely well,” said Tangioni.

Jamaica has three mobile money providers. In 2016, 14 per cent of Jamaicans had transactional bank accounts with corresponding cards. Fifty-two per cent were underbanked, and 34 per cent were unbanked, according to financial sources.