Bishop of Dover conferred with MBE on queen’s honours list 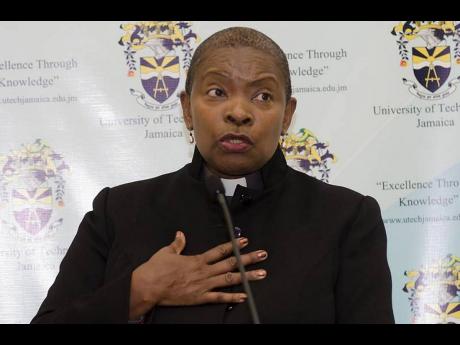 The Diocese of Canterbury in England announced over the weekend that Jamaica- born Bishop of Dover, the Right Reverend Dr Rose Hudson-Wilkin, has been conferred with the title of MBE in the Queen’s New Year’s Honours list for 2020.

An MBE is a class of appointment to the Order of the British Empire, and it is awarded by the queen for prominent national or regional achievements.

“Everywhere she has gone, she has broken down barriers and made history,” the citation for Hudson-Wilkin states. “She has campaigned relentlessly for equality for women in the church, which paved the way for others. She has also been one of the most influential and effective ministers in the public sphere through her long service as Chaplain to the Speaker of the House of Commons”, the commendation further adds.

The newly installed Bishop of Dover made news in November when she became the first black female bishop to be ordained in the Church of England on November 19 at St Paul’s Cathedral in London.

“I am surprised and deeply humbled that I have been recommended to be awarded an MBE,” Bishop Hudson-Wilkin, a daughter of Montego Bay, said. “I am committed to giving, and I will continue to give my best to all those entrusted in my care.”

The bishop’s latest award was greeted by a flood of congratulatory messages, as well as prayers for continued guidance and blessing on social media from her many congregants, colleagues, supporters and friends.