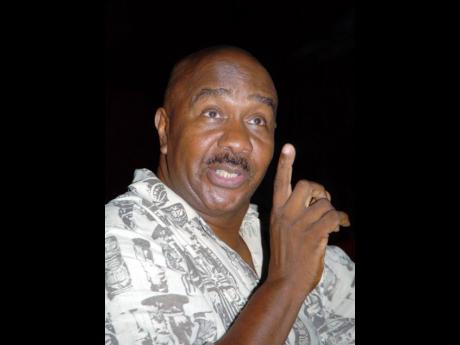 Dancer, choreographer, teacher and designer Barry Moncrieffe, OD, affectionately known by many as Uncle Barry, passed away on Friday following a long battle with cancer. He was 78.

Renowned as one of Jamaica’s foremost dance figures, Moncrieffe famously offered his talents to the National Dance Theatre Company (NDTC) for 55 unbroken years, beginning as supporting dancer before retiring as artistic director in December 2017.

Current artistic director of the NDTC Marlon Simms regarded Moncrieffe as the principal guardian of the company’s system and style, whose half-century contribution is incomparable.

“The loss of Mr Moncrieffe is heart-wrenching and tremendously painful for generations of members and supporters of the company. He served the NDTC with distinction, exhibiting and validating the ethos and culture of the company’s voluntary membership,” said Simms.

Moncrieffe joined the company in the year of its inception, 1962, as a supporting dancer. He was 19. Within the year, Moncrieffe became a full member, whose journey to principal dancer and eventually artistic director had just started.

As a senior tutor at the Jamaica School of Dance, Moncrieffe travelled the globe, leading workshops across the Caribbean, in The Netherland Antilles, the United States, Hong Kong, and Germany. During the mid-’90s, he was also a resident teacher at Vassar College in New York.

As a designer, he was famous for mixing black, white, and red. And, as Uncle Barry, Moncrieffe is described as an exceptional human being, whose compassion and selflessness will continue to inspire, and whose passing resonates far and wide. “I am very sad to receive news of Barry Moncrieffe’s passing, only a few weeks after we celebrated his 78th birthday at the end of December. [He] served well and we will miss him. I offer sincerest condolences to his family, his friends and his colleagues,” Olivia Grange, minister of culture, gender, entertainment and sport, said in a statement issued shortly after his death.

“Uncle Barry was a phenomenal artist and teacher – a brother, uncle, father figure, mentor, and friend. He will be remembered with the highest admiration by the past and current members of the NDTC. We will all miss him dearly,” Simms concluded.